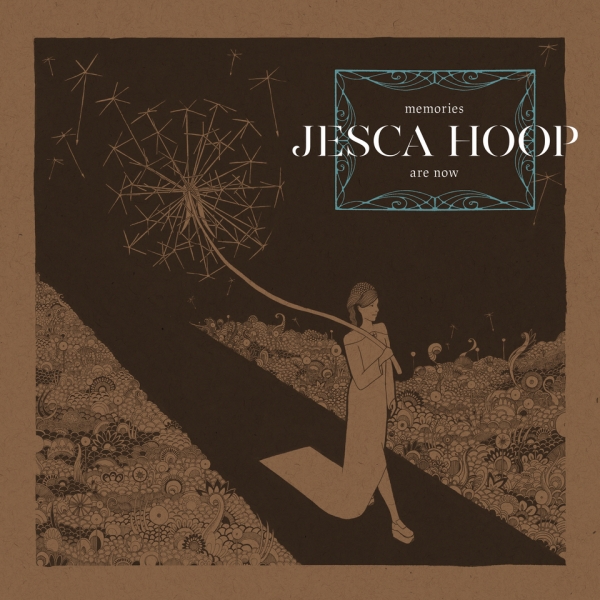 Jesca Hoop has crafted the perfect sonic palette to contest the direction society is heading. There’s nary a note on this record that doesn’t feel organic and earthy, as if Hoop assembled all of the instruments used on Memories Are Now from the same great felled oak tree and recorded the album on its stump.

The leisurely bass plunks that open the title track seem to fall on beat almost by lucky happenstance. They bely the song’s confrontational, biting nature. Unlike so many contemporary folk artists who opt to muse on pretty, distant shapes through an unfocused lens, Hoop’s eye is razor sharp, picking up on sharp edges and unseemly shadows. “I’ve lived enough life / I’ve earned my stripes / With my knife in the ground this is mine”, Hoop sings, daring to be defied and setting the tone for the rest of the album.

The one-two punch of “Animal Kingdom Chaotic” and “Simon Says” are harrowing tracks that should make even the most pro-technology among us look at their screens with suspicion. “Animal Kingdom Chaotic” is one of the best anti-surveillance state and anti-drone records this side of ANOHNI. Staccato plucks and whistles mask Hoop’s chilling framing of our technological dependence as a tug-of-war for control over our consciousness. “Human kind wiped out by rise in drones / Take back control / Fighting, killing, by remote control / You know you want to but the drone”, Hoop sings after a key change that makes the song’s message seem even more dire.

“Simon Says”, on the other hand, is anti-algorithm, reminding us of just how dangerously limiting curation culture can be. Not only will the track hopefully encourage you to question your suggested Netflix queue, but it’s packed with sharp lyrics and knotty internal rhymes. “WWW don’t forget life before the internet / The streets were run by Sharks and Jets and children running wild / As we pixelate a generation / Children become applications”, Hoop warns. Musically, the track is a cacophony of strings both electric and acoustic. It’s one of many tracks on Memories Are Now that creates its percussive, rhythmic skeleton in fascinating and off-kilter ways. Here, the downbeat bass registers a few octaves below everything else in the mix, mimicking a kick drum, while a louder, continual knock emerges later that sounds like Hoop striking the side of a cello.

Hoop, who has long had a tremendous, well-documented connection with nature, captures an exhilarating, dirt-flecked authenticity that feels like it should be impossible to capture in a studio. Like Andrew Bird recording Hands of Glory on a single microphone, no element of Memories Are Now feels like it ever existed in isolation. Released by Sub Pop, this is Hoop’s label debut, but it feels perfectly on course with her growth and maturation as an artist.

Even on more traditional love songs, Hoop is willing to pull on threads that few similar artists do, yielding records that not only hit home if you’ve ever had a troubled relationship but also feel genuine, not perfunctory or trite. “Let's not get mad / Show teeth / Say things we wish could be unsaid”, she sings on “Unsaid”, while on “The Lost Sky” she’s bitter and brittle; you can feel her pain encompass and transport you. “And when we said the words 'I love you' / I said them 'cause they are true / Why would you say those words to me / If you could not follow through?”

At 39 minutes, there’s hardly a wasted moment on Memories Are Now. It's the rare folk record that never allows you to zone out or simply engage with it as a collection of lilting melodies and ornate instrumentals. Hoop has been producing thought-provoking, arresting folk music since Kismet was released nearly a decade ago, but this is her most cutting, cohesive, and critical record yet.