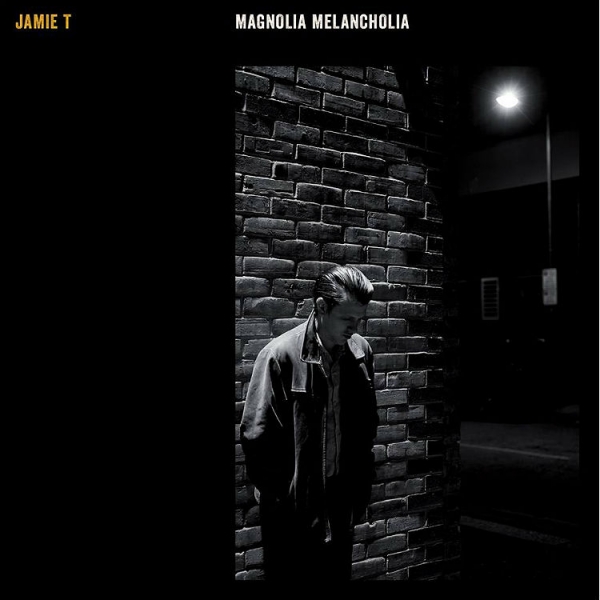 Jamie T’s new EP initially spins off the back of the success last year of Carry On The Grudge, with the first track revisiting fan favourite “Don’t You Find”. However from there on we take a trip down the proverbial rabbit hole; sights and sounds include Marilyn Monroe, two covers, the whiff of remedial marijuana and contemplations from the bottom of a river. As the titular melancholia suggests, these aren’t the most celebratory of songs. As for magnolia, if Mr. T is suggesting his tales are plain, off-white reflections on love, life, death and general mardiness, he is wrong.

Many of his biggest hits are verbose, fast-paced and vividly grounded in situational storytelling: "Zombie", "Sticks and Stones", "Hocus Pocus" and "365" focus on a kind of domestic commentary that everyone seems to appreciate and put themselves into. They have a universal sensibility that made them both his and ours. Magnolia Melancholia is an alternative path of a release for an artist known for writing a prolific volume of lyrics. These songs seem to be largely his through their tender personal tone. A useful comparative would be a track such as "Emily’s Heart", an example of a drama that feels more specific, with only the shadow of “a message to the town”. Even the two covers "Mama Don’t Smoke" and "Bastards of Youth" share this shifted perspective. Originally Bran Van 3000’s and The Replacements' respectively, they fit the disconnected, self-preserving catharsis being played out here.

There is also a shift of locus to America, away from the distinctly British references we are familiar with. "Marilyn Monroe" is a muse on the American malaise where “it’s just like the movies... I know nothin’/ no see no nothin’ at all”. "Riverbed" references going “down by the river” (a favourite Southern gospel lyric) and "Bastards of Young" limps along with the spectre of “Elvis in the ground”. Even "Don’t You Find" tells of a sweet young thing sailing “to the land of opportunity”. Not since "Man Machine" has the winner of three NME Awards in 2015 been so preoccupied by ideas borne across the Atlantic. That being said they are not precisely about America, but it serves as a useful metaphor to riff upon and a helpful signpost for a literal change of direction.

So the songs are slower, sadder, under sufferance and surprisingly solitary for a singer that seems to pack his back-catalogue full of colourful characters. However, in turn they are sweeter, softer and more heartfelt in a way that makes them feel like the truth. In the eponymous track he sings that “this is just a story that I tell”. This is probably a relief since the song relates a story of being in love with another “boy[‘s]” mother and how she broke his heart. The woman moves on as with "Don’t You Find", as he imagines her still alive and well in the city somewhere. The dislocation with a parent (this time his own) continues in the "Bastards of Young" cover, where there is “no one to claim us”, and which fades with the refrain “the devils and their sons”.

Magnolia Melancholia is not an out-of-the-tin emotional toolkit as the title might suggest. A magnolia is of course a delicate flower and like a delicate flower in spring, Jamie T pops his head above ground once again, much more exposed to an icy wind than usual and delivers a peach of a record.