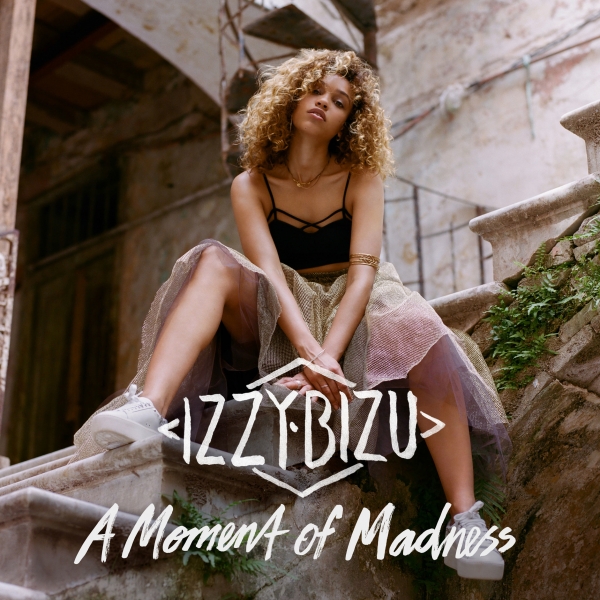 Izzy Bizu’s debut full length, A Moment of Madness, comes three years on the heels of her breakout. That timespan would be the life-and-death cycle for thousands of pop artists, but Bizu has emerged with a truly first-rate modern throwback album, a collection of sentimental summery soul that recalls Amy Winehouse, albeit with fewer demons.

“White Tiger”, the windswept, rapturous, at times incomprehensible lead single, is still first-rate fodder for practicing your falsetto on the highway, but it’s actually one of the weaker tracks here. That’s not so much a knock on it as high praise for the rest of Bizu’s album, which is a tight set of rich soul with just enough quirks and riffs on other genres to provide some spice for this lengthy project.

Bizu’s voice sounds more 21st century specific than Winehouse’s, but while her album isn’t a full-on blast from the past like Back to Black, it has the thrill of someone discovering something from decades earlier that suits them perfectly, like dusting off a parent’s old guitar and being enamored with the tone. The singer herself mentioned Winehouse and Nina Simone as influences in a Refinery29 interview, along with fellow young old soul Leon Bridges.

Two of the album’s best cuts come early and showcase Bizu’s versatility. “Skinny” is playful and breathless, as the singer details, with self-awareness and wry humor, her time spent with various ill-suited suitors. “Naïve Soul” is a stunner, with Bizu chiding her own unwavering optimism in the face of heartbreak and setbacks. The track recalls early Adele with its crisp drums and contemplative guitar, but the hook is pure Bizu pop with billowy horns that add character and vibrance to the instrumental.

“Give Me Love” rides propulsive percussion and stirring strings to create a sense of vintage Hitchcockian suspense. The song is proof that Bizu can take her vintage influences in many directions, and it serves as one of the best and most rollicking highs on the album.

Honne collaboration “Someone That Loves You” feels more appropriate here than on the group’s own record. Bizu is the star, and she does an excellent job conveying the song’s sense of frustrated desperation. The hook sums up the track’s internal conflict well (“Don't touch me / Boy I want you / Not allowed to / You have someone that loves you”), and Honne singer Andy Clutterbuck does a good job of playing the straight man to Bizu. Its digital, synthy glitz doesn’t completely fit with the rest of A Moment of Madness, but it’s more proof that Bizu is willing to try on different sound and styles.

The reggae-inspired churn of “Hello Crazy” works better than expected, and Bizu clearly has a blast playing the role, bending her vocals so as not to chafe with the plucky guitars. “Adam and Eve” breathes life into a cliché metaphor with powerful instrumentation and a strong commitment to the bit by Bizu. She sells lines like “So pick that apple from a tree, damn you look so sweet / Do you want it? / Yeah I want it”, that could easily come across as cringeworthy. The inclusion of tracks like “Fly With Your Eyes Closed” and “Lost Paradise” don’t do much to show us a new side of Bizu, but they are undeniably pleasant tunes that highlight her soulful style.

At 17 tracks, A Moment of Madness could be more taut and, frankly, have a bit more madness in the mix. Bizu is such a gifted vocalist that it would’ve been a treat to get a few less polished cuts. She vocalizes up a storm on “White Tiger”, and the idea of her pairing that rougher style with her ear for honey-dipped R&B instrumentals shown here is certainly tantalizing. Still, after three long years waiting for her debut it’s hard to fault Bizu too much for wanting to give us her full arsenal.