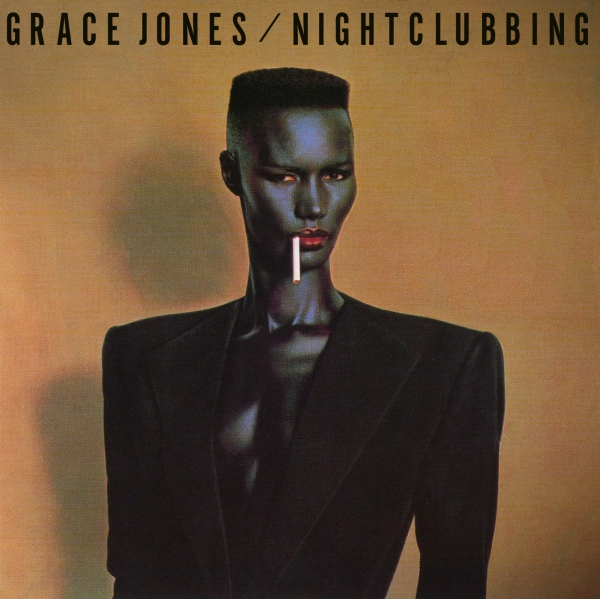 Although Nightclubbing has become Grace Jones’ best-selling album, it might be a certain incident during the promotional treadmill that’s more memorable than the songs that make up the collection. During an appearance on Russell Harty’s ITV chat show in 1980, Jones – outraged that he’d dare to turn his back to speak to another guest – smacked him in the face. This, along with the iconic Jean-Paul Goud painting on the cover - showing Jones at her most masculine - was the artist at her most abrupt, honest and daunting. “Feeling like a woman, looking like a man” she sings during opener “Walking In The Rain”, which was originally a male line (like many of the tracks it’s a cover version) but one that takes on a new meaning when delivered by Jones iconic, looming vocal, aimed to shock and to demand the attention and respect more often reserved (then) for males. And this was years before she became one of Bond’s deadliest challengers.

While five of the nine songs are cover versions, they’re delivered in a style that is undeniable Grace Jones. Recorded at the Compass Point Studios in the Bahamas, and with rhythm sections provided by the Compass Point All Stars (including Sly & Robbie), Nightclubbing acts as the second album of a trilogy, beginning with the similarly cover-heavy Warm Leatherette (“Love Is The Drug”, “Private Life”) and closing with the almost entirely self-penned Living My Life. The trilogy documents Jones’ departure from disco, with Nightclubbing pinpointing the peak of her Jamaican influences, by way of reggae rhythms blended with R’n’B beats. On the title track, she handles the Iggy Pop rock number (co-written with David Bowie) as if it were a smooth, Nina Simone ballad. Ironically, neither version is likely to keep nightclub goers happy, but Jones’ version is a hypnotic ride, highlighting the simplicity and, in turn, the effect of the LP.

“Use Me” (Bill Withers) and “Demolition Man” (Sting) are given a similarly ska-like treatment, both benefiting from extra electronics – adding to the power the dominant titles create, while the latter was written for Grace, but later covered by The Police on 81’s Ghost In The Machine and by Sting himself on a solo EP of the same name. Of the self-penned numbers, the playful prowl of “Pull Up To The Bumper” is undoubtedly a highlight, showcasing Jones as the showman, returning to her only recently departed disco era and providing pop with the sort of attitude that Madonna hadn’t quite mastered yet. It’s the funkiest moment of the album, with a guitar lick that Nile Rodgers would be proud to call his own, and double entendres (“Grease it, spray it, let me lubricate it”) that are only inches away from creating a Carry On situation. “I’ve Seen That Face Before (Libertango)” also hints at a chilled-out, European take on discotheque.

On this Deluxe Edition, remixes fill out the majority of the extra material. Five additional versions of “Pull Up To The Bumper” may be a little much for the casual fan, but the 1985 Remix provides a thicker slice of synth-pop and extra effects on top, making it even more nightclub friendly. “Me! I Disconnect From You” (a Gary Numan cover) could have easily made the final cut; it’s reggae-heavy interpretation making it almost unrecognisable from the new-wave original. Yet in a way, it points to the downside of the album, and the fact that sometimes the Compass Point All Stars can steer away from Jones’ dynamic connection between an audience and herself. Nevertheless, Nightclubbing is perhaps the point where Grace Jones transformed from an artist to an icon. (And despite the fact that she claims she’ll “never write my memoirs” in “Art Groupie”, she’s reportedly working on them now. If a woman can change her mind then so can she; and that’s the point, right?).