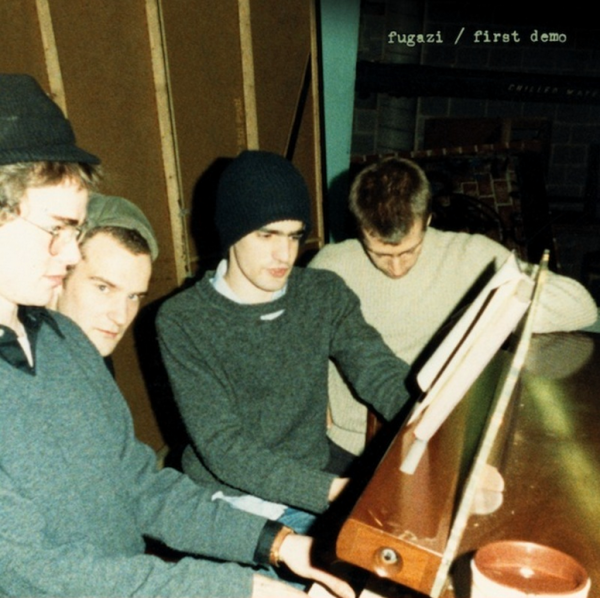 There aren’t many bands that could honestly lay claim to being able to spark a frenzy simply with the news that they’re releasing their first-ever demo. Most bands, though, aren’t in possession of a back catalogue as consistent in its excellence as Fugazi’s, and so notorious is Ian MacKaye in terms of his penchant for perfectionism that you realise he wouldn’t put anything out - let alone his band’s first ever proper demo tape - unless he was utterly convinced of its virtues and its values to the group’s fanbase.

The story behind the record is simple; after roughly a year of playing live together, the band felt ready to put something - anything - down on tape. This was January of 1988, and they’d played just the ten shows; so fierce was their punk aesthetic, they hadn’t really given consideration to recording - it was just about playing gigs. Most of the group’s members had already recorded at Inner Ear Studio in the past - MacKaye with Minor Threat - so the surroundings were familiar, but the tracks cut over the course of those few days would ultimately never see the light of day; by the time Fugazi returned to the studio, a few months down the line, they had new tracks to lay down for their self-titled debut twelve-inch.

When you actually listen to First Demo, though, you realise what it was that was so special about Fugazi; as the simplicity of the title suggests, they are not ones for embellishment or exaggeration. What they put down on First Demo - after ten gigs! - sounds marvelously fleshed out. The iconic bass groove is present and correct on a powerful “Waiting Room”. The guitars genuinely fizz on “Furniture” and “Turn Off Your Guns”. On “Song #1”, meanwhile, MacKaye’s vocals are taut, sharp and perfectly measured; this early in the band’s life cycle, he already understood - and had mastered - just what it was about his delivery that would make the group tick.

If anybody comes off badly from First Demo, it’s Guy Picciotto, even if it’s inadvertent; when these tracks were cut, he had yet to join the band proper, contributing only to "Break-In", and yet as far as early Fugazi go, the group sound every bit as sharp without him. Admittedly, he’d go on to leave his maverick fingerprints all over the likes of In on the Kill Taker and personal favourite Red Medicine, but the accomplished nature of this record makes you wonder - probably for the first time - if MacKaye could get away with touring Fugazi songs on his own, so long as the backing band were tight enough.

The bottom line is this - there is absolutely no such thing as a bad Fugazi record, and it’s a testament to the frankly fierce quality of their canon that pretty much every fan of the band you speak to will have an impassioned argument for why their favourite album is different to yours. First Demo reinforces the impression that this particular band never really set a foot wrong; they sound more assured here, with just ten performances under their collective belt, than many bands longer in the tooth do in a lifetime.