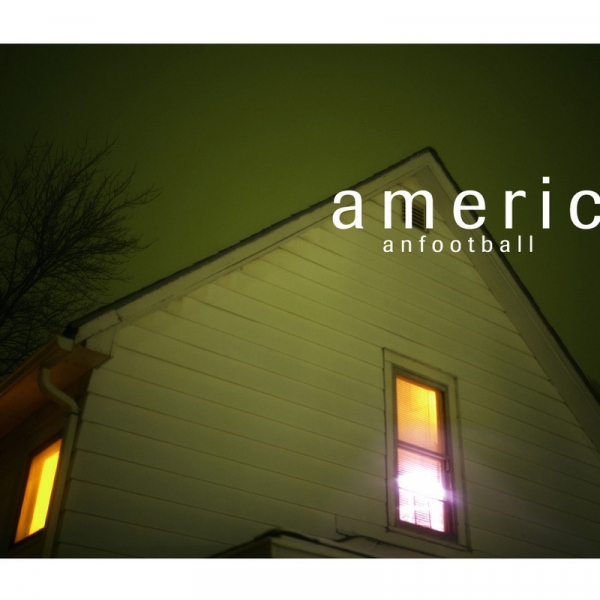 It’s probably worth pointing out, for the sake of providing a little bit of context, that in between announcing this reissue and actually releasing it, American Football have properly reformed. There’s a clutch of live dates already in the diary, presumably with plenty more to come; whilst it shouldn’t have any bearing on the music contained within this release - particularly disc one, which comprises their one and only record - it’s inevitably been a development that’s had me re-evaluating my relationship with their music.

The real appeal of American Football - and by extension, the band themselves - is that it always felt like an album that was very much of its time. I should state here, for the record, that the artwork - that iconic shot of a suburban house - is probably my favourite of all time. It captures the mood of the piece it precedes so gorgeously, and yet so incongruously; it’s kind of like how the neon pink of the Loveless cover is such a neat fit for the music, and yet it’s so difficult to explain quite why.

The album itself, meanwhile, I always thought of in terms of its second track, “The Summer Ends”. The whole record is replete with the feeling of things coming to a close; you know there’s a new beginning around the corner, but the emotive quality of the album is sufficiently mired in ruminating on the past that you don’t quite sense it. Thematically, the album touches on everything that the ‘emo’ tag meant before it was bizarrely re-appropriated to refer to the likes of My Chemical Romance and Fall Out Boy; there’s anger, regret, disappointment and frustration, but it’s all conveyed through a veritable filter of wistfulness. There’s almost a redundancy to it all; Mike Kinsella, presumably, experiences these emotions, but knows full well that the opportunity to act upon them has long since passed him by.

Then, of course, there’s the musical quality of the record, which is unusual by anybody’s standards. The trio tapped into many of the tropes of that nineties emo era; that same guitar tone that permeated the output of the likes of, say, The Promise Ring, Sunny Day Real Estate and Texas Is the Reason is present and correct and, indeed, probably the album’s defining sonic characteristic. The real points of interest, though, are the time signatures; right from “Never Meant”, there’s a palpable sense that the song structures are nudging ever so subtly towards math rock. “But the Regrets are Killing Me” fades in and out, but the guitars, which flicker erratically, pay scant regard to the tempo of Kinsella’s vocals; similarly, “Honestly” is dominated by an instrumental jam in which the key players flat out refuse to play ball with one another; the guitar overdubs are heading one way and the rolling, almost tribal, percussion is taking the opposite course.

There’s plenty of bonus material on this reissue’s second disc, as is the fashion; the most tantalising cuts, for the completist at least, would have to be the four-track demos that are emerging for the first time. The decision not to include material from the band’s only other release - a 1998 EP, reissued just last year - is a wise one, with the second disc clearly intended to augment the original album content, rather than distract from it. The demos themselves, though, are pretty accomplished, and as such fairly difficult to distinguish from their final forms; only a considerably more enthusiastic drum track on “I’ll See You When We’re Both Not So Emotional” really hints at genuine development between these unreleased versions and the finished product.

Instead, it’s a live version of the previously unaired “The 7s” that’s worth the price of admission; the guitars sound suspiciously - perhaps intriguingly - similar to “Never Meant” and “The Summer Ends”, suggesting that it’s probably not to be taken as an indicator of where the band might have been headed next, but it feels appropriate that the disc ends on something of genuine substance, given how agonisingly fleeting the untitled live jams ultimately prove.

Where bands like American Football are concerned, a major purpose of any kind of reissue is simply to try to expose your music to a wider audience than previously; given their all-too-brief lifespan first time around, they probably couldn’t have managed a more comprehensive retrospective than they have here, with every drop squeezed out of their modest back catalogue. The original record, as a perfectly-pitched, emo mood piece, stands up magnificently to the ravages of the intervening fifteen years; I flatly refuse to be swept along by over-excitement at the reunion, but there’s no question that the music that American Football did produce is as close to timeless as modern indie gets.