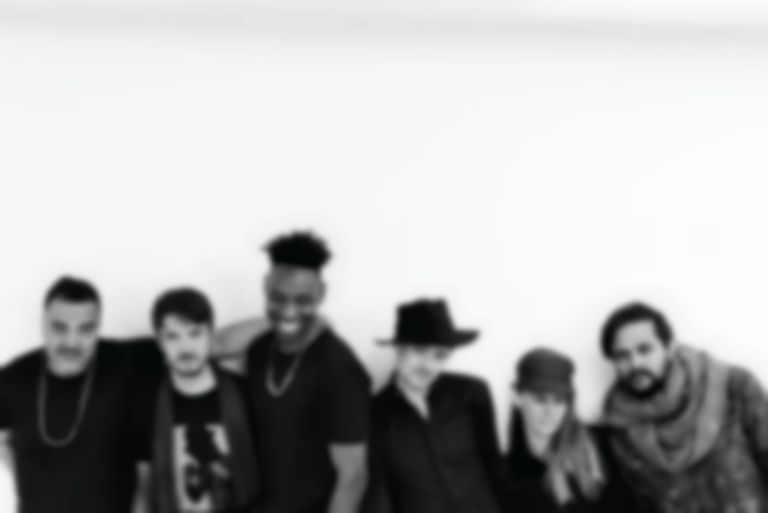 Melt Yourself Down are streaming their blinding new Speedy Wunderground single "Another Weapon" on Best Fit.

The track, like all Speedy Wunderground tracks, follows producer Dan Carey's 10 Point Plan. Spidery basslines weave through '80s post-punk vocals and pumping percussion - it's like Orange Juice meets New Orleans. It's catchy, propulsive, and the horns are utterly magical - what more could we ask for?

Speaking about their Speedy Wunderground single, Melt Yourself Down say: "'Another Weapon' was one of the first songs we wrote after the release of the first album, and we’ve been playing it live since then. After Dan Carey and Kate Tempest saw us at Glastonbury, we started chatting about doing a Speedy Wunderground track. We finally got into Dan's studio and had loads of fun making this."

D"an has a wonderful array of magic effects which he used liberally," the band add. "Kush said it was the most comfortable he's ever felt in the studio (largely thanks to a battered old PA system he was singing through) and you can really hear that on this performance. We were excited to hear Dan's dub mix which shows us in a very different light!"

The track is the Speedy Wunderground's 18th, and will be available as a limited edition 7" (b/w Mr. Dan's "Another Dub" edit) from 5 August. Speedy Wunderground released their second compilation 17 June, with contributions from Kate Tempest, Loyle Carner, Teleman, and more.

Melt Yourself Down released second record Last Evenings On Earth earlier this year - this'll be their first brand new material since it arrived.

Listen to "Another Weapon" below.