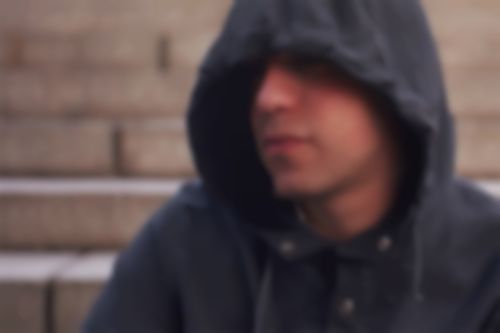 Founded in 2008, Captured Tracks is the label and love of Brooklyn based Blank Dogs mastermind Mike Sniper, a man of impressive taste and few words during our brief email exchange. I could be wrong, but from reading back his replies it feels as though Mike doesn’t care much about charming press, courting bands, or fighting lost causes. It really feels that the focus of his label is the music he is releasing, which in all fairness is the most admirably honest way to run a label, and it seems to be working out pretty well for his bands.

Captured Tracks is home to the likes of Beach Fossils, Wild Nothing and Thee Oh Sees with an impressive back catalogue spanning releases from The Bitters and Brilliant Colors to Ganglians and The Wake.

Despite starting the label because, “I hate bands and I heard you can really fuck them over by releasing their music.” Captured Tracks has gone from strength to strength earning respect and listeners alike.

So can you tell me a little bit about how Captured Tracks started? What made you want to start a record label?

I’d already had two labels before, one was a reissue label and the other a label for new music that I ran with a partner. I had varying degrees of success with those. After that I came to know how I’d run a label if I was 100% owner. So one day I decided to do it and I started with a Dum Dum Girls 12″ and Blank Dogs 12″.

Was the label just about putting out your own material at first?

We actually released Dum Dum Girls at the same time as the Blank Dogs 12″. The weird experimental CD-R release we called “Captured Tracks Vol. One” wasn’t really on a label, but I wound up using that name for the label – WEIRD, right? I guess it’s not weird at all…

Has the label now become your main focus over making music?

Regretfully, it probably has.

What makes you want to release a band?

If I like the music, that’s pretty much it. They have to be really good, and write good songs.

What are the most important things you have to remember when running an indie record label? Do you have an overall ethos?

Quality control and preserving the idea that record labels exists to sell records, be it vinyl, CD or digital. We are not a marketing / licensing vehicle and sadly, I think a lot of indies are becoming that.

Would you agree there’s a certain sound to the label?

I guess, in a sense there might be, but I’m not aware of it, really. I suppose it’s my taste that dominates it, although I listen to a broader scope of music than what we release.

As the label’s progressed you’ve been releasing more UK bands (Spectrals, Dignan Porch, Veronica Falls) – do you think your label’s music might be influencing acts overseas?

That would be some reverse influence, since a lot of the more known bands on the label (Wild Nothing, Beach Fossils, Soft Moon…) have very British influences. If it influences English bands in any way, my hope would be on a more real, practical level. I don’t understand why UK bands have managers right off the bat. It really turns off US labels. I’d elaborate on it more, but I’m off topic… It’s a shame as there are some great bands you have over there right now, but the UK music industry seems kind of like this hulking dinosaur with too many mouths to feed and not enough food to go around..

How about Independent Record Stores? What is it about them that is special, and worth championing?

That you can see something interesting, hold it in your hands and play it without knowing a thing about it and fall in love with it. That doesn’t exist in any digital/online capacity. That being said, I’m not for supporting a record store for the sake it’s a record store. There are so many poorly run stores out there.

What’s the best thing about having a record label?

Having an inside perspective on how most labels screw bands over pretty bad.

Captured Tracks have just announced a brand new signing, Virginia’s Hoop Dreams, who will be releasing their their first 7″ in June.