Lady Nade's journey through Bristol’s music scene has helped her to become an inspiring role model in British Americana.

Raised by her grandparents, Nadine Gingell, better known as Lady Nade, grew up immersed in the eclectic mix of her grandad’s music collection, soaking up compilations of rock n roll, americana, and folk. “When you grow up with an elderly relative, you just know their world,” she smiles across an early morning video call while on tour around the UK. “There’s a generational gap between you and the outside world.”

It wasn’t until her early teens that she discovered the chart music which lay outside her bedroom walls, the Spice Girls a formative shaking. “I was like, ‘what’s this?!’” she howls. “I was like, wow, I love this pop.”

Immersing herself in pop radio and forming cover groups with her school friends, Nade’s love of music began to expand. At the age of ten she lost her grandmother, the impact moving Nade to process her grief through creativity. “I started writing letters to her, hoping that would bring her back to me and my granddad, and then I started writing poems. That was my therapy, I was trying to stay in contact,” she explains. “As a ten-year-old you don’t understand what grief is. Your world turns upside down.”

At the age of fourteen a friend from school begged Nade to join her at a singing workshop at the Bristol Beacon, formerly known as Remix. “I actually ended up loving it! She didn’t!” she laughs. “I ended up begging her to come with me.”

Through these workshops, Nade began to process the grief she was still dealing with. Working with mentors such as the Bristol reggae-fusion band CLuMsY, she began to put her poetry to music. “They said they could see potential in my lyrics and then I learnt how to structure my words in a way that could fit a typical song structure,” she explains. 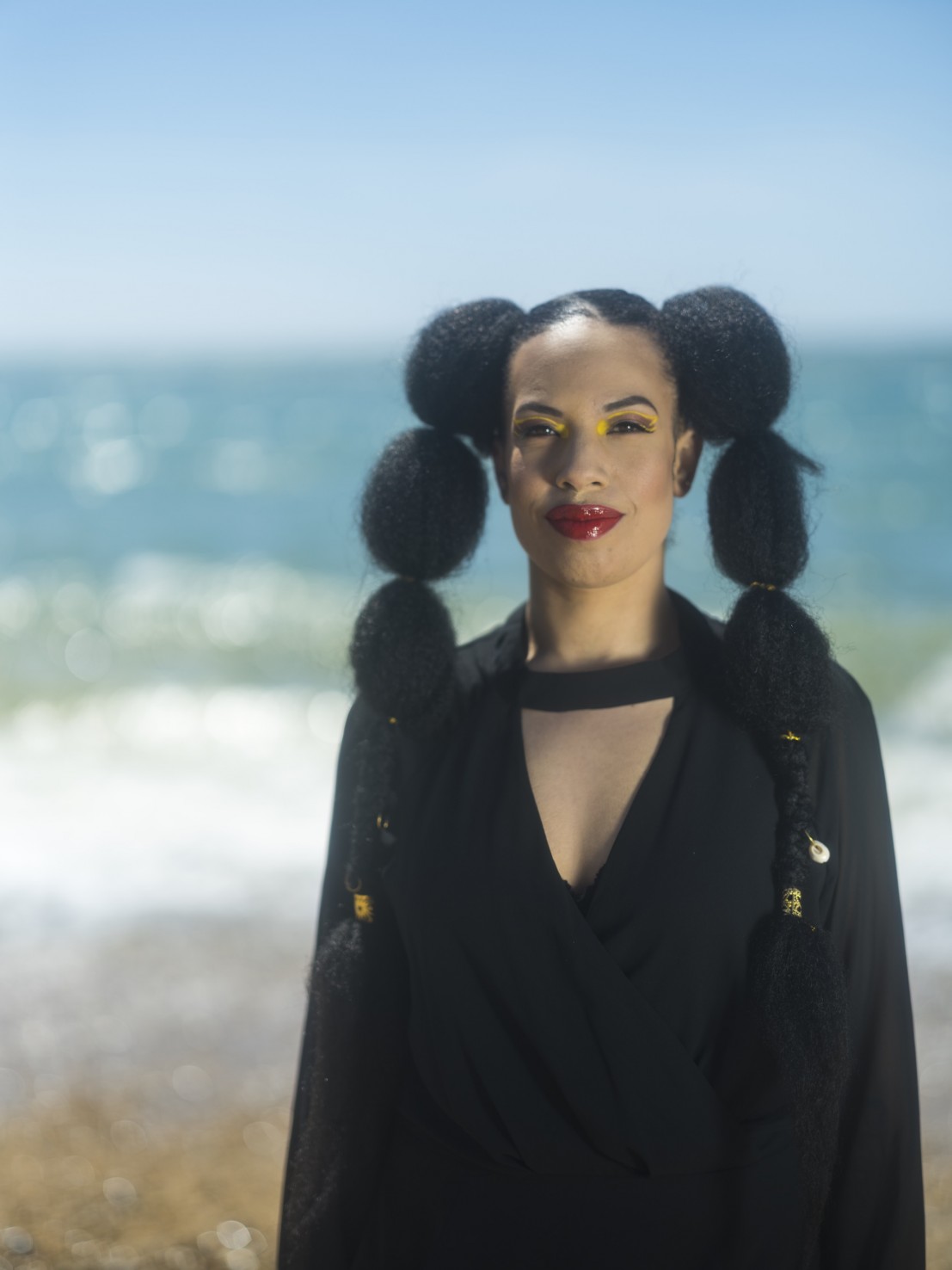 Championed by CLuMsY and Remix, she landed a slot at a couple of live music festivals around her city. “That was just so amazing because I would share these poems that I’d written for my nan, and I just felt like this was the way to keep the spirit of her,” she explains. “I was struggling with the concept of finding closure. I never wanted to say goodbye. I need to embrace this spirit that lives on, and lives on through me being a writer and being a singer.”

Nade began volunteering as a mentor, picking up new skills in production and learning guitar along the way. “I’ve got two lines in my career. One is singer, songwriting, audience championing, positivity, mental health, and the other is music facilitating, working with children and adults alike to help them develop their artistic vision,” she explains.

Between the ages of eighteen and twenty-four she went to music college and worked as a mentor across countless festivals, gigs and workshops. It was a chance meeting with musician Andy Millsom at Glastonbury Festival that forced her to focus on her own artistry by introducing her to local producer Allan Keen who offered to produce her debut album.

The record took a few years to reach fruition, crowd-funded by Nade’s growing fanbase and from countless gigs and festivals around the country. It showcased her direct and emotive storytelling, rich voice and impactful delivery. “The first album, you’ve got all this life’s work and it’s cherry-picking it to go into an album,” she says. “By this point I’d done lots of festivals and shows so I had a following. This album brought me to launch my platforms and really see myself as an artist of the future.”

While it marked a pivotal moment in Nade’s career, it too came with challenges. “When I first released Hard to Forget, I felt almost rejected by the industry because it was a folk crossover with jazz,” she says. “I just felt black females are typically told they must sing jazz or R&B, and I just find this concept so strange.”

Nade and her team struggled to find support for her debut record, eventually winning praise from soul music tastemakers, but largely ignored by folk and jazz press. The same thing happened again with the 2019 release of her second album, Safe Place. Despite playing sold out shows and having a strong fanbase who helped fund the record, Nade struggled to find champions in the music press.

It was through the support of other like-minded artists that she began to understand the barriers facing her. Through a scheme set up by English Folk Expo she met industry executive Keith Harris OBE. “He really helped me with understanding what it’s like to be a black female in the industry, and these rejections are paper cuts,” she says. “We wanted to create movement and change and get people to start thinking outside the box.”

Nade also received support from local artist Yola, a veteran of the Bristolian music scene and pioneer of the UK Americana sound who opened doors for similar acts. “I then started to understand Americana more,” smiles Nade. “Americana is a genre that allows artists to stay true to their art but also celebrates artists that don’t play in the pure form of a genre. I realised, I don’t play in the pure form of folk, jazz or soul. I just write music because I love writing music, and Americana celebrates that and celebrates roots music. Why shouldn’t I be here? Why shouldn’t a black female sing jazz and folk when black culture has significantly been the greatest influence on all music?”

As the UK went into lockdown in early 2020, Nade used the break in live shows to focus on what she’d already built. “I’ve got this energy when it comes to music and mentoring, but the stillness that the pandemic gave me meant that I had loads of time to write and focus on building and engaging with this online fanbase,” she explains. “Rather than trying to focus on the future, I was looking at the now.” 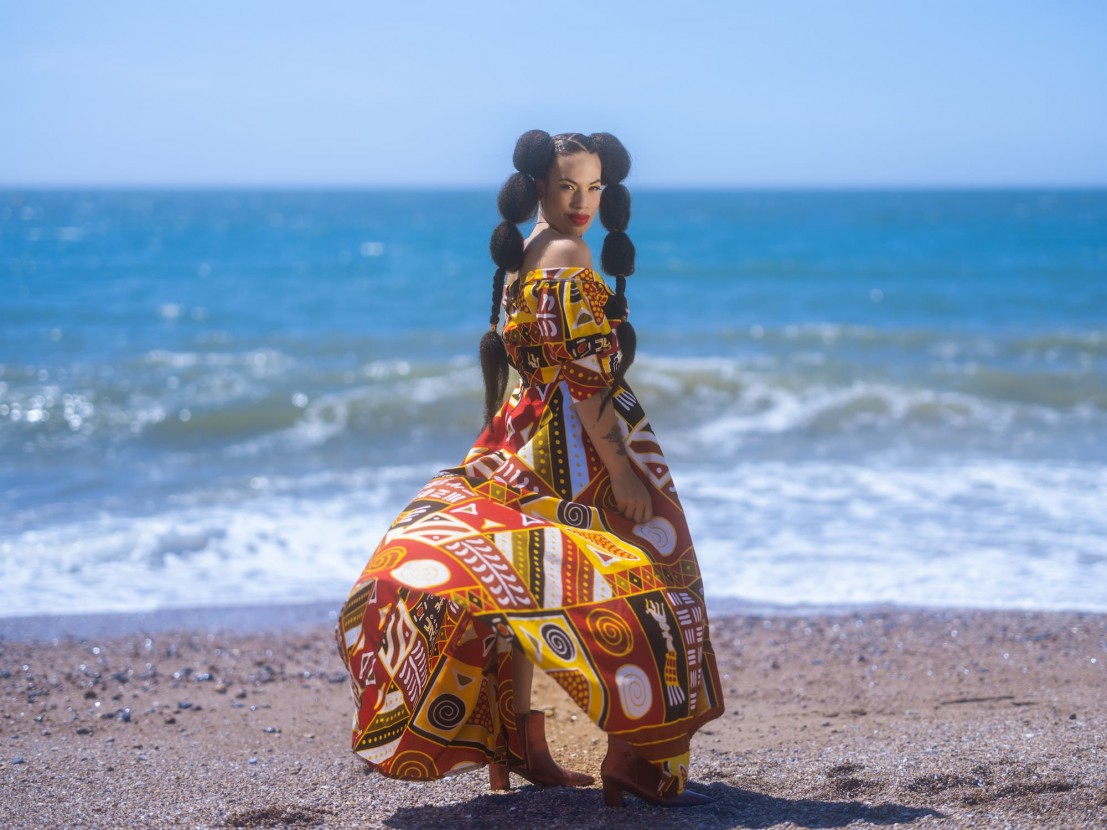 The new-found focus helped transform her career and she finally garnered the critical recognition she had been working towards. Releasing the single “Ain’t One Thing”, a delicate anthem on body positivity, she was nominated for Best Song of the Year at the The UK Americana Awards. “I wanted to share my own story of mental health, how it’s not always visible, how I’ve got stretch marks and felt my own body shame. Behind an image there’s a lot going on,” she explains. “I want us to come together on this and actually just celebrate our differences, celebrate our scars, celebrate our individuality, because that’s what makes us unique.”