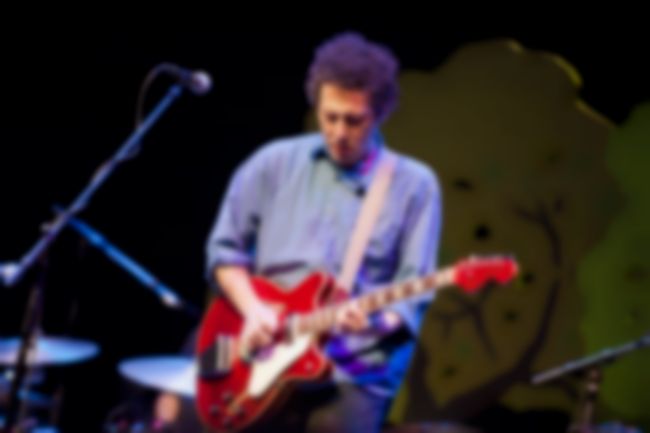 If you’ve been in a band for thirty years and maintained a prolific rate of studio output, the task of compiling a live setlist becomes less and less straightforward. It goes without saying that the shows are going to get longer, but by the time you’re putting out your thirteenth record, you’ll still struggle to properly represent your back catalogue across ninety minutes; you have to start looking for other ways to shoehorn in everything you’d like to.

The solution that Yo La Tengo have come up with is to do away with something they clearly consider a luxury – a support act. For a while now, an evening with New Jersey’s premier purveyors of indie rock has involved the band occupying both of the show’s time slots. There’s a twist, of course; these aren’t merely Springsteen-esque marathons with a break in the middle. A couple of years ago, they took a Wheel of Fortune style spinner on the road with them, with potential options for the opening portion including a set comprised solely of songs beginning with the letter ‘s’, a question-and-answer session and ‘acting out an episode of a classic sitcom’ (they weren’t kidding).

Tonight’s kick-off proves considerably less eccentric than that last tour; the first forty-five minutes of the show is an all-acoustic affair. Stripping back tracks from across their canon seems a logical step for a band who have just made their most concise, cohesive record in a good while; even the title, Fade, is suitably short and snappy. Hearing songs old and new presented in such a fashion highlights, pretty deftly, that despite all their sonic and stylistic experimentation down the years, a sharp ear for melody and a versatile songwriting ability has continued to underscored Yo La Tengo’s output. The carefree whimsy of 1991′s ‘One PM Again’ is clearly born of different influence than Fade‘s yearning ‘Two Trains’, but they sit comfortably alongside each other in a set that does a terrific job of combining some of the band’s mellower moments with reinvented versions of noisier efforts. The understated ‘Season of the Shark’ is aired in more or less its studio form, but closer ‘Big Day Coming’, characterised on record by siren-like guitars and crashing drums, manages to match the restrained tone of the rest of the set, without compromising what made it so compelling in its original incarnation.

Of course, another major advantage of getting the acoustic stuff out of the way early on is that there’s nothing to disrupt the flow of the ‘loud’ set once it gets underway. The evening’s second act is a furiously-paced, ninety-minute rock show that sees the three-piece barely stoping for breath between songs; James McNew and Georgia Hubley seem to be constantly swapping instruments, whilst frontman Ira Kaplan switches liberally between keys and guitar. The live translations of many of the tracks aired aren’t strictly reinventions, but they certainly take on an added vitality. ‘Autumn Sweater’s driving drum loop never sounded so urgent, whilst an extended version of Fade opener ‘Ohm’ becomes increasingly frenetic as it nears its climax, and it’s difficult to believe that it’s the same song that began the acoustic set earlier. That Yo La Tengo can play the same song twice in one night and not come across as self-indulgent says an awful lot about them. Indeed, by the time they close with a feedback-drenched, riff-driven double header of ‘Double Dare’ and ‘I Heard You Looking’, we’re about as far from the laidback mood of those first few songs than we could’ve imagined two hours earlier.

The encore, traditionally, sees the band delve into their extensive repertoire of covers, and Alternative TV’s ‘Action Time Vision’ and William DeVaughn’s ‘Be Thankful for What You Got’ do feel as if picked at random rather than through any consideration of complementing what’s gone before; as a result, they feel a little disjointed. It’s hard to feel too short-changed, though; tonight isn’t just about one of indie rock’s most consistent stalwarts playing a two-hours-plus, career-spanning show, although that would’ve been impressive enough in itself. Instead, a Yo La Tengo show in 2013 involves a continually eclectic and challenging band displaying a perennially-rare musical achievement: a mastery of both sides of the volume dial.