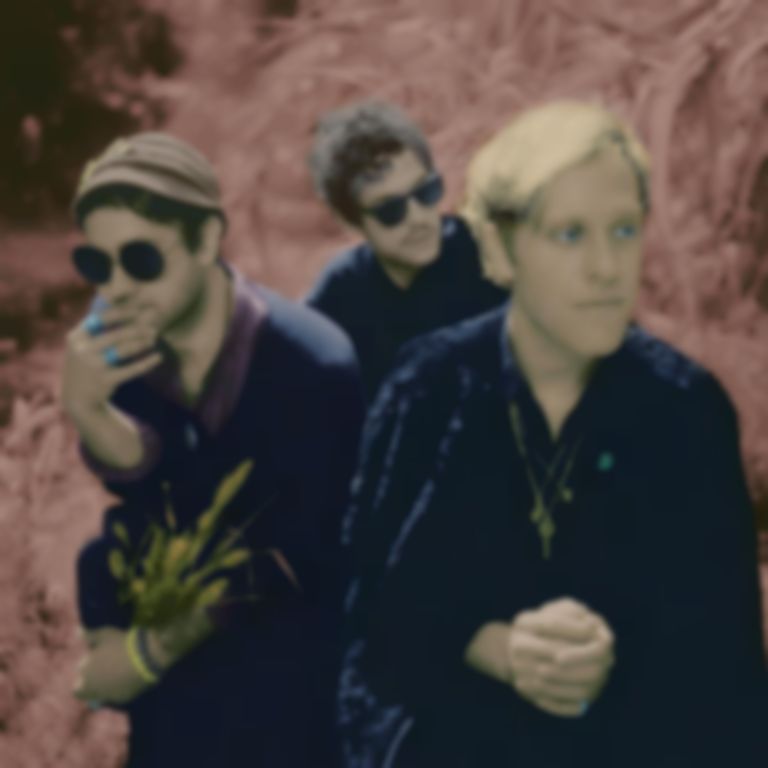 In mid-2010 a couple of mysterious tracks emerged on a Bandcamp page. There is no doubt that mystery can cause intrigue, but when mystery is bundled up with quality it evolves into justified excitement – enter Unknown Mortal Orchestra.

Whether well thought-out or a fortunate coincidence, the abbreviation of their name is neatly close to that of extra-terrestrial life, and their psychedelic sounds provide a friendly but nonetheless eye-opening invasion on regular lo-fi-rock. Following a warm-up set from the intricate and exciting sounds of Southampton’s Spectral Park, a sold out Cargo show was to be their home for the night.

A packed room warmly welcomes the launch of the Portland via New Zealand trio’s new LP II, released on the same day by Jagjaguwar. A more sophisticated and higher budget outing, their second full length still maintains the unusual and vintage sound of their self-titled 2011 debut, which picked up the Taite Music Prize for best Kiwi album of the year. This London show comes off the back of a tour with Grizzly Bear, while a world tour with equally vintage label-mates Foxygen is on the horizon.

Looking around, their diverse-appeal is abundantly clear; the quality of front-man Ruban Nielson’s playing attracting a number of appreciative guitar fans, while clever catching hooks pull in the indie crowd. Indeed diversity is one of the defining factors of their music as the set journeys from enormous, almost progressive jams through subtle, ambient melodies and back again. The almost Eastern hue of ‘Little Blu House’ sets a tone of somewhat false relaxation, and immediately highlights one of their most prolific song-writing techniques that sees voices latch hold of guitars and follows them perfectly. The trio appear to be on a mission, professionally flying through the first handful of tracks without uttering so much as a, “Thank you London!”, but nobody seems to mind – less talking means more playing.

Perhaps the most striking aspect of their set is the size of the sound produced. Accompanying the relentless and delirious delay that washes the room from Nileson’s unusual pink Fender, the bass is full and pounding and the kit crisp and clear, providing a wonderful example of what can be done with these three integral rock ingredients, particularly at a time where live shows seem to be dominated by boxes of tricks and illuminated white pieces of fruit. The opening swagger to ‘No Need For A Leader’ wouldn’t be out of place in a Guy Ritchie film and the song also offers the most memorable lick for aforementioned guitar lovers in attendance.

“This sound okay?”, questions Nielson, finally unveiling an endearing human-side. He and the rest of UMO send knowing smiles to each other; it’s a rhetorical question, but is answered with raucous applause nonetheless. Their latest, ‘So Good At Being In Trouble‘, offers gentle respite and shows-off their subtle but funky falsetto, used to great affect throughout. Similarly, ‘Swim And Sleep (Like A Shark)’ and the song that first pricked our ears, ‘Ffunny Ffrends’ demonstrate an indie-pop accessibility, mixing impressive riff-work with massively catchy hooks in perfect harmony.

The performance is utterly professional and impressive from a trio all too often over-looked. Appearing entirely at ease with, and justifiably proud of, their creations, their work translates perfectly to the live stage. Retro, intelligent and balanced, it certainly does sound okay – in fact it sounds incredible. We hope they don’t remain ‘Unknown’ to the masses for much longer.

Little Blu House
Thought Ballune
Bicycle
How Can U Luv Me
No Need For A Leader
Strangers Are Strange
Jello And Juggernauts
Monki
So Good At Being In Trouble
Ffunny FFriends
Swim And Sleep (Like A Shark)
Boy Witch
—
Lucifer Sam
Nerve Damage!