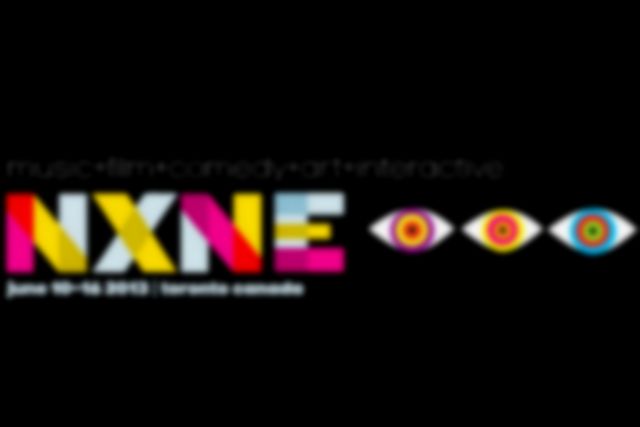 It would be fair to say that Toronto got hit by festival season pretty hard last week with Luminato, MMVA‘s and NXNE all descending. Now in its nineteenth year, NXNE continues to grow, with huge free concerts from the likes of The National, Joey Bada$$ and Social Distortion amongst others. Add in the parties, after parties, bedroom shows, pop up stores and secret shows – it makes for quite a week. We asked our intrepid reporter Mar Sellars to pick out some highlights, first up the bands then come the moments that make this festival so special.

I wanted to do a piece entitled “The 5 acts you probably didn’t see at NXNE but you should have” but then I wouldn’t have been able to include Moon King, as they played 3 shows and the one I caught (9PM Horseshoe Tavern) was packed. They are my current favourite band in Toronto. Fronted by Daniel (ex Spiral Beach, sometimes goes on tour with his brother Doldrums) and Maddy (ex Spiral Beach and occasional Odonis Odonis), the duo’s vocals intersperse so well, it’s a beautiful harmony of reverb loveliness over fuzzed out guitars playing the most catchy dream pop you can imagine. But it’s not wimpy. There was even a mosh pit during second to last song ‘Sleeping In My Car’ which is quite a high-energy ride, nothing like actually sleeping. Moon King are coming to Europe in September. Be there.

The Montreal solo artist transforms into a duo live on stage, with only vocals and a French horn to speak of (I know!). OK, they had a backing track. But it was still very impressive to see someone playing French horn at 2AM in the Silver Dollar (known to be a sludgy rock n roll venue). The highlight of the set for me was their cover of the Smiths’ ‘There is a Light There Never Goes Out’, as it was the second time I’ve seen that song performed live in the last 2 months (Johnny Marr played it in April). But Foxtrott has enough original material including their Shields EP to have a pumping set. I know it’s all the rage to be a solo female artist from Montreal singing over electronic pop beats but this lady writes really catchy tunes.

The best way to describe Jay Arner’s music only works if you are a Canadian and/ or you know the band Sloan. Jay Arner’s music sounds like Jay Ferguson (of Sloan)’s songs. Not only do they share a name but they share a similar taste in music. They’ve even dueted on a song together (‘Uncovers‘). It’s a soft spoken touch, with keyboards, temperate drums and layers of guitars. Jay Arner (and his backing band) played on a tiny stage at the back of Handlebar, half the band were on the floor and if a member of the audience wanted to get to the bathroom you had to climb over guitarist Evan. I watched a whole song staring at the band’s bums while waiting to return from the loo.

You’ve probably already heard of Cousins. Having started out as a 4 piece, they have evolved into my current favourite Canadian duo, line up changes seeing them now consist of of drums (Leigh Dotey) and guitar (Aaron Mangle). I first saw them in a vintage clothing shop last September in Montreal and every show has just gotten better. Cousins have a unique blend of stop/start garage rock that will be left in your head for days: I wake up with their songs buzzing around my brain. Live they plummet through each song not caring how sweaty or how red in the face they get. They played two sets at Hand Drawn Dracula’s 5 year anniversary party at the Garrison and it’s the most full that room has ever been at 9PM.

I’ve seen these guys quite a few times. They’ve evolved from a straight up noisy punk band into, I want to almost say an industrial noisy punk band. I think that’s the influence of drummer Jarod’s home made half electronic drum kit and their use of backing tracks. I’m sure of one thing though that Odonis Odonis is a wall of noisy goodness with distorted vocals and guitars that you can bop, dance and sing-along to. They played a few NXNE shows but I caught their set on the Bruise Cruise. Half the time I couldn’t tell if it was the water or music that was swaying me.