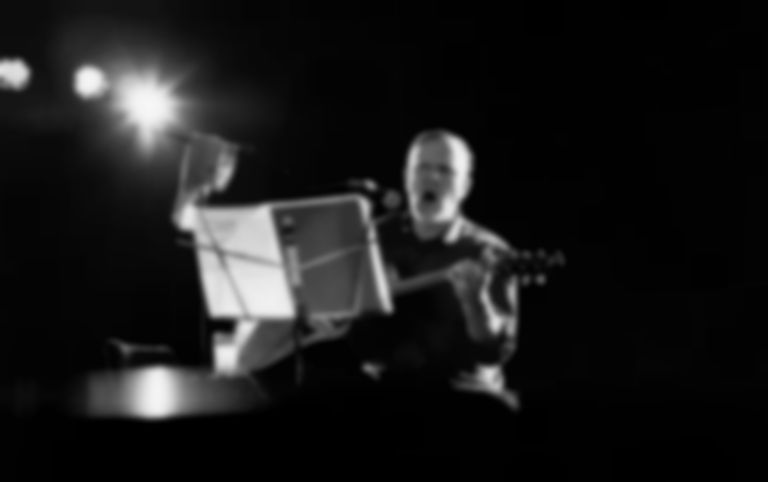 Perhaps the father of American post-industrial rock as lead singer of Swans, Gira was a natural choice for the unique collaboration that was spearheaded by organisation Art Assembly. Historically proven to be at the forefront of leftfield music, his growling and direct approach to his solo work was only amplified by heavenly acoustics of the vast well-chosen venue.

Ensuring the Arcadia ethos of providing a platform for new artists edging into the experimental scene was faithfully acknowledged, the handpicked line up also featured newcomer Aino Tytti alongside an atmospheric set from Basinski himself. Having embraced a more modernist approach to things, both Tytti and Basinski enlisted the help of laptops to compose swirling ethereal soundscapes that score the stuff of hallucinogenic dreams.

As reality melted away to meditation, Tytti’s set featured field recordings from the everyday peppered amongst heaving masses of intricate instrumentation. In comparison from the seemingly freeform composition of Tytti’s work, Basinski showcased more structured material from his impending album Cascade.

Illuminated by flickering candles and soft lighting, when it came to Gira’s turn he struck an unmistakable presence with his deep American drawl and his puzzlement as to why there was no bourbon at the bar. Softly spoken but also offering some deadly sharp conversation with the crowd, Gira’s river still appears to run deep.

Where it overflows is in his songwriting, as the bleakest and saddest of human thoughts are meshed over blunt chords to brutally tender effect. Starting with Swans’ track “Jim”, Gira successfully traversed the years as he seamlessly intermingled previous incarnations of himself with newer solo material. He made no apology for reappropriating his Angels Of Light song “My True Body” and Swans’ tracks “Oxygen”, “Love Will Save You” and “New Mind” into completely new beasts.

Joking that these favourites “Don’t sound anything like this, so fuck you”, alone Gira gave a more streamlined glimpse into their emotive side using only a guitar to eek out the great washes of artistic tension. Emotionally and aurally assaulting, Gira is not afraid of giving his audience a pounding, going in loud with both his thoughts and strumming. He’s a consummate showman, displaying an understanding of how to take an audience to tangible highs and lows with simple intonations and explosive outbursts.

Edging more towards the dark in tracks like “My Suicide” and “God Damn the Sun”, Gira did occasionally weigh heavy, and with so much reliance on certain chord patterns, there is less variation in his set than when united with band mates. That said, variety isn’t always the spice of life, especially when you’re mastering something so wholly as Gira tonight.

The Arcadia Series continues this week, with the following events: