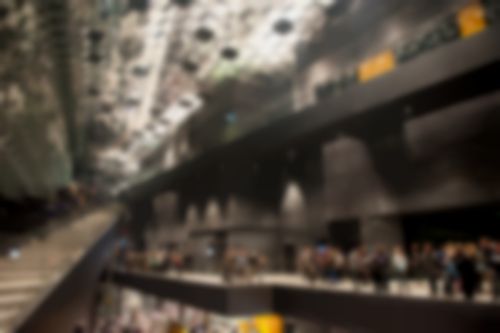 As a blustery Thursday evening turns into a genuinely terrifying Friday morning we reminisce on last night’s Iceland Airwaves highlights.

Montreal’s The Barr Brothers chamber pop infused folk burns with a quiet intensity. Their incredible array of percussion instruments clatter around the corners of this slightly sterile room, slowly wrapping themselves around warm guitar driven grooves, delicate harp strings and soul piercing vocals. Comparisons to Fleet Foxes are likely and whilst not entirely without merit what this four-piece bring is starker. Like the somber, more emotionally torn cousin of their Seattle contemporaries they cut straight to the heart of things and even though they only play 4 songs we’re completely smitten. Keep your eyes peeled for our session footage.

Beijing’s Nova Heart are the absolute surprise of the night and one of the festival’s standouts so far. Meshing febrile wail outs against a grinding electro backbeat courtesy of the smallest pixie drummer we’ve ever seen, they’re doing what Friends do so well – but bringing it to another level entirely with an aesthetic that skirts both Esben and the Witch and Bo Ningen territory. They’re yet to match such excellence on record but it’s surely just a matter of time and the right producer before that happens.

Closing the stage at Iðnó (which is fast becoming one of our favourite venues) is Montreal’s Doldrums, by far one of the most exciting upcoming electronic artists currently doing the circuit. Having released Egypt EP earlier this year, Airick Woodhead aka Doldrums has now turned his hand to perfecting the live show, and what a show it’s turned out to be. Hypnotic from start to finish, a full room stands transfixed until the pulsating beat, rousing vocal and irresistible drop of ‘Jump Up’ stirs the crowd into a frenzy. If the rapturous reception and applause is anything to go by, we may well have just witnessed one of the highlights of this year’s festival.