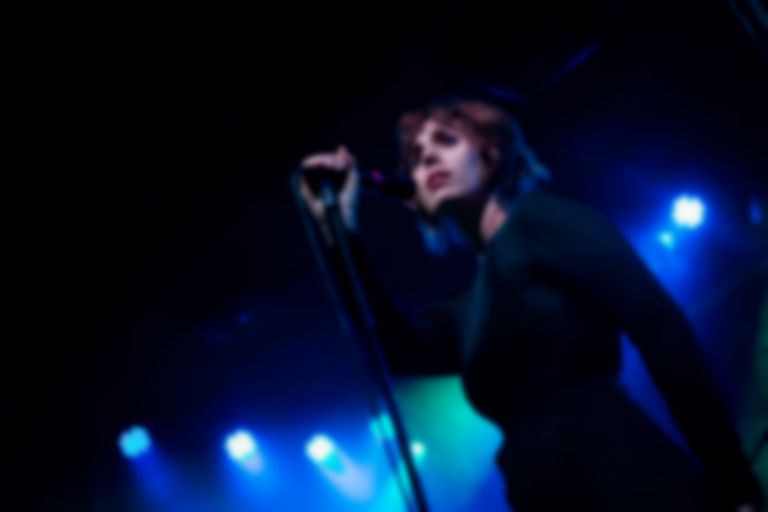 This vision came into fruition on 2018’s In a Poem Untitled, a meeting in the middle of sorts between the music and the listeners. Remy’s penchant for genre-hopping sonics - featuring strings, flourishes of free jazz and dance grooves - provided the LP with a chaotic tapestry which matched the political climate’s tumultuous mood in the wake of the #MeToo movement.

This controlled chaos is brought to life on stage tonight with an impressive seven-piece band. Opener "Navy and Cream" is extended into a sprawling instrumental section which finds psychedelic guitar dancing with a scattershot saxophone run which slowly bleeds into “Window Shades”. It becomes instantly apparent that the set isn't your usual song-after-song affair with banter in between. Each song is woven together by a whirl of sonics; dialogue taken from old movies or extended jams fill the gaps where silence would be. It maps out as more of a theatre piece rather than a straight-up gig.

At one moment, Remy allows silence to build up before delivering the hushed opening of album standout "Rosebud"; a simple trick which works to stunning effect. This is followed by the bass-rattling grooves of “L-Over” and “Incidental Boogie” which would have been blissful to a more energetic crowd. A truly captivating back-and-forth plays out between Remy, her back-up vocalist and her keyboardist throughout the set, which spirals out from choreographed dance moves to a riotous collapse of flesh and bone across the stage.

The use of soundbites complement the songs throughout the setlist. Before “Pearly Gates”, the dialogue of a man desperately trying to court a woman who resists his advances sounds out over the speakers, foreboding the sticky subject matter ahead.

U.S Girl’s touring outfit is a tightly knit squad of musicians who flourish as they improvise and jam. They tail off “Time” with an instrumental which shifts into the set's finale, “Rage Of Plastics”, led by a frenetic saxophone and wavering guitar. Remy bids the crowd 'goodnight' before exiting the stage. It's the only verbal exchange of the evening, but nothing goes unsaid.