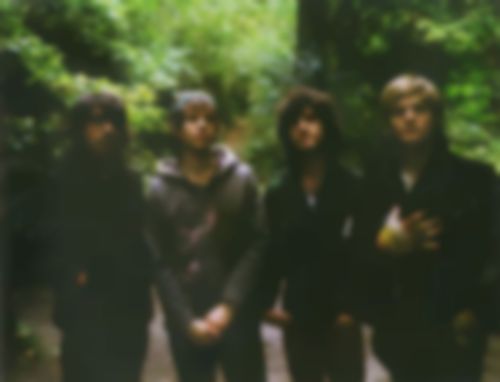 This sold out show at the Norwich Arts Centre was kicked off by Deastro who consisted of one man, a laptop and effects pedals, which didn’t make for a very exciting visual experience. The fact that Randolph Chabot’s laptop was by his knees didn’t help either as, as much as he’d like to flip out and dance like a man possessed, he was more often than not stuck in a crouched position, hovering over his computer. And while his spacey electro pop beats were busy and up tempo, his vocals were very difficult to make out over the top of them, and as he’d taken the time to describe that a few of his songs were about, with David Bowie’s Labyrinth and an ex-girlfriend among them, this was particularly frustrating.

Little Comets took to the stage next and were the perfect support band. The four piece from Newcastle displayed a high degree of confidence and appeared to be enjoying themselves from the off and after third track ‘Joanna’ they really hit their stride. A mixture of Vampire Weekend’s high pitched jangling guitars and The Futureheads’s harmonies plus bags of charm and energy endeared them to an appreciative crowd, with a small mosh pit even appearing for recent single ‘One Night in October’.

The band were water tight and a special mention must go to drummer Mark Harle for playing the drums and a keyboard at the same time! The set grew increasingly chaotic as it went on and ended in the triumphant climax of ‘The Dancing Song’. Deastro joined them on stage in the incredibly fun and bouncy number, which had the crowd in raptures and brought about a party atmosphere in time for the headliners. Little Comets will undoubtedly break through next year.

Hockey came on to warm applause on the day their album ‘Mind Chaos’ came out and you could tell they were out to celebrate. ‘Work’ was the opener and proved a bit of a false starter for them as its mid-tempo rhythms didn’t capitalise on the mood of the crowd, but Bassist Jeremy Reynolds got into his groove early doors and when singer Benjamin Grubin joined his drummer in a powerful outro things picked up a notch. The single ‘Learn to Lose’ followed and sparked a bit of movement in the crowd for the catchy chorus. But it wasn’t until the fourth song in that things really got going and it was Hockey’s biggest hit to date ‘Song Away’ that was the catalyst. The band was now playing off the crowd with Grubin jumping on speakers as the infectious rhythms drove the crowd up and down.

‘Four Holy Photos’ created a mini hoedown and ’3am Spanish’ benefited from the live setting, taking on a higher intensity but it was the double whammy of ‘Preacher’ and ‘Too Fake’ that rounded off the main set which proved to be the highlight. The former was frenetic, inspiring a proper mosh pit and guitarist Brian White had a Caleb Followill look about him. ‘Too Fake’ received the baton cleanly ensuring the energy didn’t let up and just as the crowd were whipped up into a frenzy it was time for Hockey to leave for the first time. Poignant album closer ‘Everyone’s the Same’ kicked off the encore and took things down a little before ‘Put the Game Down’ ended the evening on a high and completed a set which showcased every song from ‘Mind Chaos’. The band left to a barrage of high fives from the front rows and you sense they’ll be selling out bigger venues than this in the not too distant future.