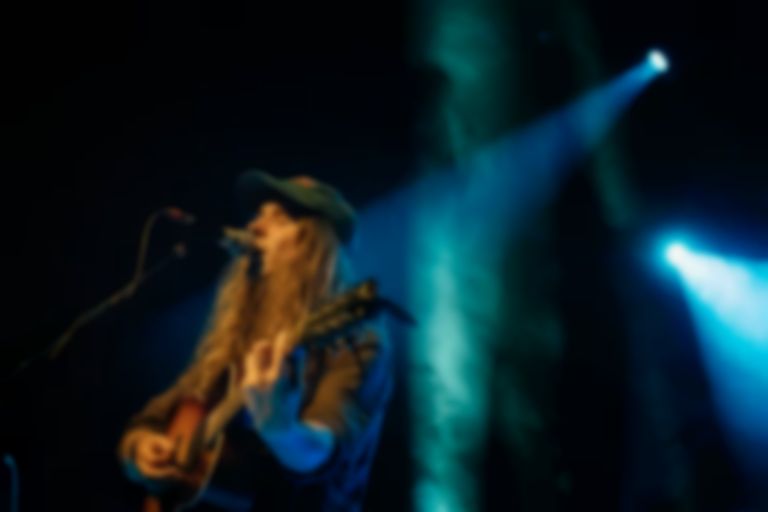 Andy Shauf is no stranger to churches.

Raised in middle-of-nowhere Canadian town Bienfait, he described his youth in a 2016 interview as “a lot of singing in church and playing drums in the worship team”. So last night, at his gig at St Matthias’ in Stoke Newington, he called it out: “Does anyone have any questions? Like, is this the first church we’ve played in? Um, no. We’ve played a lot. Which is nice. That was a little awkward. I guess because Jesus is watching.”

It’s not unusual for him, then, to play this sort of venue. But for most of yesterday’s devoted audience, it was presumably a new experience: a moody sanctuary glowing with tealights, cans of Guinness flowing freely, and the band huddled in front of the altar as if they’d been rounded up at a house party for an impromptu jam.

The bulk of the songs were from Shauf’s most-loved record, 2016’s The Party, which includes lines like, ‘Dance, dance to the radio / While the devil takes control’ and ‘If hell is found inside of me / Then open me up and spill me out’. In this context, those words become a whole lot more loaded.

But it wasn’t a heavy evening. The audience was dangling on a string, whooping when crowd-pleasers ‘Twist Your Ankle’, ‘Early To The Party’ and ‘The Magician’ kicked off. There was banter about a pterodactyl and probably the most rapturous response to a band intro the church has ever seen. Quieter songs like ‘Martha Sways’ fared better in what is a near-impossible acoustic to perfect; the sound changes as you walk around the building, with its cavernous space and countless pillars making bass drums boom and clarinets drown. This was just the third of a new series of gigs being staged in the venue - it’s bound to improve in time.

Shauf ended the night with three songs from an upcoming album which, he told one particularly impatient fan, “isn’t finished yet”. The final song, an ethereal acoustic number which saw Shauf alone onstage, his delicate voice filling the church’s domed ceiling, promised great things to come. As his congregation traipsed out into the streets of Dalston afterwards, there wasn’t a doubter among them.