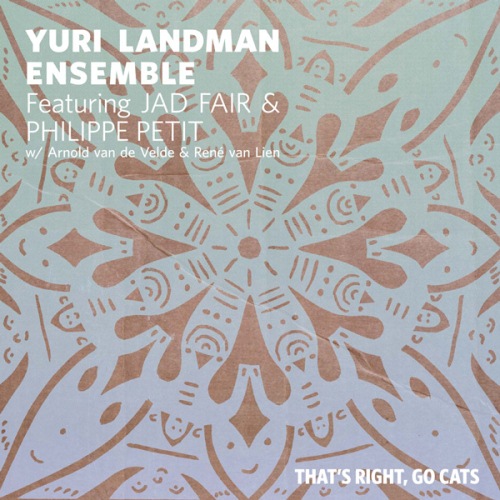 I first came across the work of Yuri Landman a little over six months ago in a former coachworks turned ad hoc venue-cum-studio in Brighton. He had spent the day building a collection of rather Heath Robinson, vaguely guitar-like things with a workshop of eager locals. For the evening’s performance he conducted this ensemble of new luthiers, some of them as young as eight years old, through a storming set of weird overtonal krautrock driven along by Sam Dook from the Go! Team on drums. Meanwhile, a thin wire, strung precipitously from the edge of a table on stage up to a far corner of the room, became the instrument of choice for Landman himself, alternately struck and strummed and stretched and pulled, with the help of a plectrum, a guitar slide and a battery of effects pedals. The overall effect, aided somewhat by a palpable sense of danger in the room, was quite spellbinding.

A former comic artist, Landman has been making experimental musical instruments for a little more than a decade, variously under contract to such luminaries as Lee Renaldo, Liars, Lou Barlow, and Kate Nash. In the past he has released a number of albums with lo-fi rockers Zoppo and Avec Aisance in his native Netherlands. That’s Right, Go Cats is the first issue from his own Yuri Landman Ensemble, here composed of Landman himself, along with sound artist and composer Philippe Petit, indie hero Jad Fair, and former members of Dutch noise rockers, Feverdream and Bad Candy.

Arch-collaborators every one of them (can you think of anyone who hasn’t made a record with Jad Fair?), it is a tribute to the dominant force of Mr Landman’s musical vision that the larger part of this record inhabits a sound world recognisably similar to the one that I witnessed last year in Brighton. It is every bit as much a tribute to the versatility of his instruments that a substantial portion offers glimpses of sonics radically different – not only to what I found at the coachworks, but to practically anything I have heard before.

You might think of Moondog, were Moondog rather less interested in the music of Bach and more concerned with the skronking minimalism of fellow New Yorkers Rhys Chatham, Glenn Branca, and Arto Lindsay. Alternatively, you could imagine a previously unheard out-take from The Faust Tapes recorded late one night when Uwe Nettelbeck, in a moment of inspired mischief, had swapped all of the band’s guitar strings for the nichrome wire normally used in electrical ignition systems. Traditional Western diatonic harmony is abandoned in favour of a neo-Pythagorean system aspiring to the music of the spheres – allowing, that is, for the re-arrangement of the cosmos according to cybernetic principles. Everything buzzes and resonates wildly like the hysterical thought processes of an overactive blast furnace. A Ballet Mécanique for a post-nuclear age.