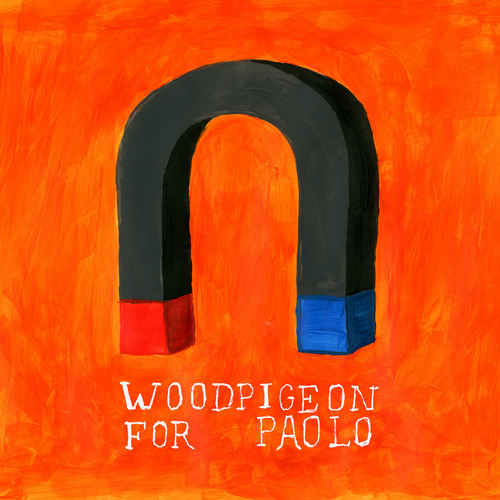 This mini-album from Calgary via Edinburgh eight-piece Woodpigeon follows their most successful full-length album to date, the wonderfully lush, simultaneously Tom Petty- and Sufjan Stevens-infused Die Stadt Musikanten, and while they will always have a place in festival-goers hearts for bringing to light the genius of Scots songwriter Withered Hand via their stunning renditions of his miraculous ‘No Cigarettes’ anthem, accusations of copycat-ism have plagued them somewhat through the years.

So while they do lean towards Elliott Smith or (more easily achieved) Iron & Wine territory –  lands clearly demarcated with flags of whispered vocal, fences of honeyed instrumentation and, er, skies of sadness – this EP appears to be at least a minor departure for songwriter Mark Andrew Hamilton.

Basing the EP around the tapes his parents would play relentlessly on road trips when he was a boy in the ’70s, these are markedly smoother, more radio-friendly tracks than he’s delivered before. The fact that the title track itself sounds just like an easy listening FM radio hit of the aforementioned decade doesn’t harm matters thematically.

Compact, chiming tunes like ‘Winnebago’ closing with the cry of a self aware nostalgist “Your sigh just made me weep/Can’t put my bygones where bygones oughtta be” and the naïve, overly simplistic ode to lovers past ‘By Lamplight’ add to the impression that this is a record of pure intent – but that the intention may be straight-out sentimentalism.

‘Are You There, God? It’s Me, Mark’ has the best title of the year so far and is a dramatic piece of chamber pop most reminiscent of their “old” sound. This is countered by the excellent ‘One to Many’ – boasting the clearest, most intimate vocal performance of the set and swiftly dismissing the past in favour of an unpleasant present and an uncertain future with the damning “Here there’s no do-overs, no retakes my dear/And we’ll talk about next to nothing now”. It’s like a record arguing with itself about what it wants to be, and thus instantly memorable.

‘Are You There, God? It’s Me, Mark’ aside, the instrumentation and arrangements of the rest of the tunes here seem much more geared to potential populism, less to being self-consciously rural or pointedly indie.

Though the closing reinterpretation of the opening track accommodates an unsubtle middle eight with more grace than the original it still feels like a bit of a let down – following ‘One to Many’ we’re ready for another killer blow, but get a little pat on the back instead.

Woodpigeon, then, have wrung plenty out of just five songs here – evocative, effective and sometimes wonderful, most importantly a step, however small, out from under the shadow of their influences.

Listen to For Paolo