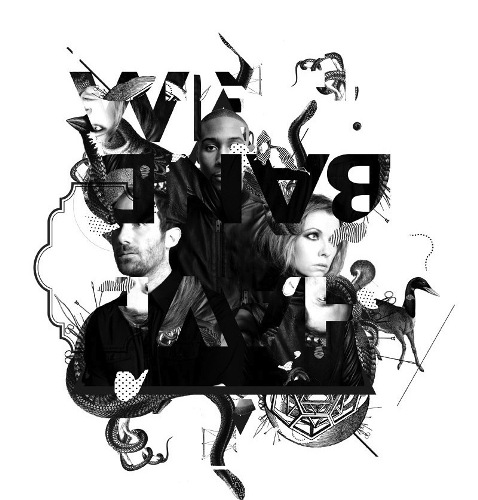 The opening drum rolling drama of ‘Shift’ with its dramatic pauses between thundering percussion and haunting vocals instantly shows We Have Band boasting a fuller sound on Ternion than anything on their debut record, the imaginatively titled WHB. After stomping through the foreboding wildness for three minutes, the ‘Shift’ dissolves into a guitar- and computer-generated calypso disco that is wonderfully uplifting yet still slightly funereal. The whole experience is so engrossing that it’s easy to forget to listen out for the lyrics, which the band have described as “frank and honest accounts” of their relationships, life on the road and struggles to understand the world around them.

The London-based trio have certainly moved on somewhat from the deadpan observation of ”We went out/And we got wasted/You went home/And turkey basted”, which made ‘You Came Out’ one of the easiest electro-dance anthems to sing along to in 2009, as it did the rounds of pretty much every club and bar worth its hipster salt that summer. And this is not a bad thing, as the Bloc Party-nodding ‘Oh!’ and indie era-Rapture ‘Honeytrap’ have dated frighteningly quickly since their first airings a couple of years ago.

So it’s on to electro pastures new for We Have Band, who have embraced bass and beat and use both to excellent effect throughout the first half of Ternion. ‘After All’, with its lyrical leads, is catchy pop dance at its best and surely has the potential for a thousand remixes-in-waiting. ‘Visionary’ is an indie-shoegazing siesta compared to the scratchy, sexy likes of ‘You Came Out’ from 2010′s impressive debut. And while the distinctive whistling WHB decrescendos may be a thing of the past, the addictive guitar plucking remains, which - along with the odd cow bell – makes the early part of this record as irresistible as a cold beer on a hot beach.

Probably the most obvious difference between Ternion and WHB is the slick production, courtesy of former Clor member and Foals producer Luke Smith, who gives the band a grandiose leg-up in sound, removing some of the scratchy “disco-rock” they were peddling on their MySpace page before releasing actual records. And, whereas vocalist Dede Wegg-Prosser describes making the first album as “us getting together and having fun”, she acknowledges that “this time we were making a record with the knowledge that people would be listening to our music”. There’s also a more italo disco feel, most noticeable on ‘Tired of Running’, which incidentally, is a strong contender for the accolade of Best Record to Jog Away The Festive Excess To.

Thomas W-P (the other half of the husband-wife duo that comprise two thirds of WHB) takes on most of the vocal duties this time around, with only occasional input from his missus Dede, whose nonchalant matter-of-fact tones defined ‘You Came Out’. Thomas dominates soulfully on ‘What’s Mine, What’s Yours’ before the track gives way to an all-consuming freight train of bass that rumbles past you full pelt, then fading away into the horizon. And it’s at this point that Ternion transforms.

‘Steel in the Groove’ is a Metronomy-esque mix of beats with shifting pace and a wide and varied selection of sythesised bleeps, peeps and drums, which the more cynical listeners among you might liken to a pre-party soundcheck. Then there’s ‘Watertight’, which does a good (if rather strange) impression of Britney Spears’ ‘Maneater’ before turning into a shouty punk screamathon only to then calm itself down again, paving the way for the record to fizzle out with the distinctly underwhelming and rather misleadingly-named ‘Pressure On’. Sadly the latter stages of Ternion seem unsure about who or what it is, or where it wants to be, which is what lets this otherwise solid second LP down.