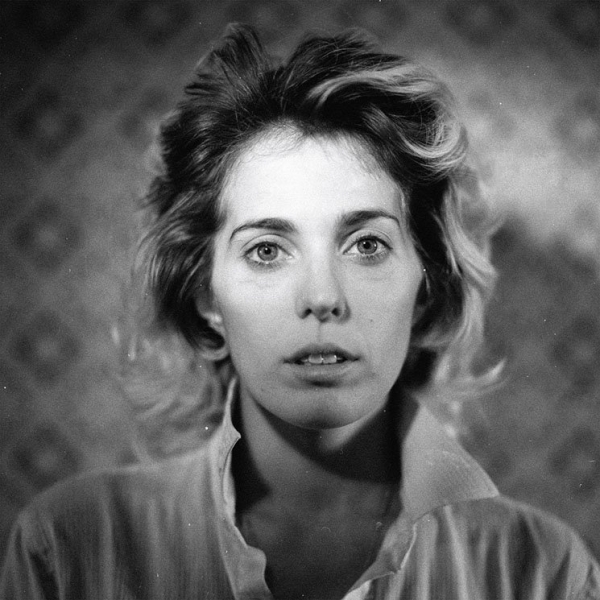 Each persona that Meg Remy, the creator and self-styled curator of U.S. Girls, invokes across her newest record is uniquely vulnerable. Whether she’s posing as a war widow, as she does on “Damn ThatValley”, or a young woman whose husband had previously romanced her sisters, as she does on “Sororal Feelings”, Remy makes sure that unlikely strength abounds.

Half Free is Remy’s first release on 4AD and, as is the case with many graduations to big-name labels, it is technically her most polished effort to date. However, the experimental ethos that informed her early recordings for the likes of Siltbreeze Records is still discernable in high fidelity. With her newest effort, she takes the sonic pillars of electronic music—big hooks, beats, synths—and warps them to create a disquieting brand of avant-pop, a surreal landscape populated by the tragic everywoman. Though Remy herself is an American expatriate living in Toronto, her characters’ roots can easily be traced back to the USA. She notably voiced her desire to emulate Bruce Springsteen’s blue-collar Americana on Half Free, but instead of romanticising a working-class subject, she problematises the less visible lives of women.

With this in mind, it’d be easy to read “Woman’s Work”—a disco romp imbued with a gloomy layer of goth kitsch—as a elegy for the tireless, toiling female (“that woman’s work / is never done / she doesn’t sleep / till the morning comes”). But Remy prefers to deal in enigmas and curiosities; the song turns out to be an examination of just how grotesque beauty can be. “Work” is, of course, cosmetic surgery and the track’s protagonist is engaged in the fanatical pursuit of physical perfection. Though Remy doesn’t invite the listener to pity her plastic specimen so much as she asks them to revel in the abjection of it all:  the hook, “you arrived / in your mother’s arms / but you will leave / riding in a black limousine”, makes for a macabre earworm.

When it comes to her subject matter, Remy enjoys toying with taboo. Album opener “Sororal Feelings” is another track that, in name only, promises to be an anthem of solidarity. Yet, it’s clear from the off that something more sinister is at work here. “Well there were four of us / in a really small space”, Remy croons, her timbre soulful and icy in equal measure, “sharing more than just a family name”. As things progress, we discover that she is playing a young newlywed who learns that her husband “played the game” with her three older sisters before he settled on her. To complicate matters she reveals that her suitor “didn’t pay me” because he believed that he should “get it free”, casting a doubt over the exact nature of the girls’ sisterly bond.

The album’s third track is an equally ambiguous spoken-word interlude comprised of a phone call beween two female friends. The call’s recipient has just awoken from a dream in which she received an email from her father containing nude photos of her as a kid. The pair then has a short, tongue-in-cheek debate about which combination of parent-child incest is worst—mother-son, father-son, mother-daughter etc.—with the recipient eventually concluding, “at least I’m no one’s son”. But sons, her friend notes, can grow up to be fascist dictators “instead of just another woman with no self-esteem”. A perfunctory laugh track follows the assertion as though it’s the punchline of the conversation, as though the whole track had been leading up to this single line about the limitations of gender. However, the dialogue is too whimsical to have an agenda—it is reveals as much about the characters’ no-holds-barred bond as it does about patriarchy. Remy might have a message to convey to her audience, but it’s shrouded in irony and subject to a wide range of interpretations: her voice is intoxicating in its inscrutability.

However, Half Free isn’t always heavy-handed in the way it cultivates mystique. The slick noir of “Red Comes in Many Shades” is a straightforward account of mourning a failed relationship; here, Remy’s protagonist is a husky-voiced woman scorned. On “Window Shades” she sings with a disco-inflected righteousness, promising an ex-lover “I wont think about you/every time I hear that tune”. The record is a veritable patchwork of perspectives. It elevates the voices of women who, on paper, might seem broken, were it not for Remy’s ability to trade desperation for cynical dynamism. Though they don’t make reparations, Remy ensures that the cast Half Free have their respective moments of redemption.