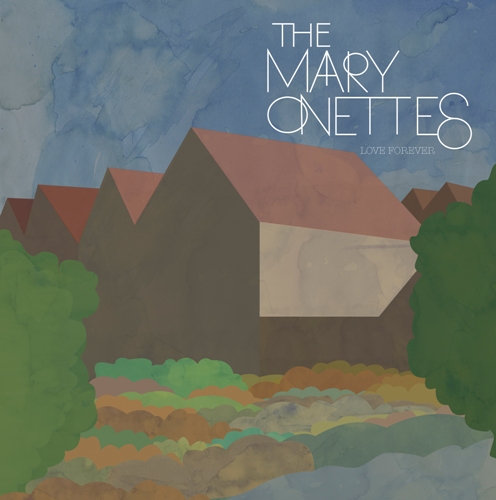 The soaring vocals that define Sweden’s The Mary Onettes meant that even a name (and language) change did little to disguise their identity on the very Swedish 2011 synth-based side project, Det Vackra Livet. And while “echoing reverbs, ’80s guitars and big splashing drums” may be absent on the returning Mary Onettes’ Love Forever EP, it is still unmistakably the same band that was also responsible for 2009′s spectacular Islands. Singer Philip Ekström’s vocals have led to Cure comparisons in the past, and the pianos and pain exuded by this heartfelt four-track foray could possibly be the band’s most Robert Smith-reminiscent moment to date.

But that’s not necessarily a bad thing. ‘Will I Ever Be Ready’ is a catchy piano ballad, as simple as it is sublimely easy on the ear. Its chirpy melodies are somewhat offset by the slightly less chirpy lyrical content, with the repetitive refrain of “I was born with a broken heart” soulfully injected mid way through. ’A Breaking Heart Is A Brilliant Start’ begins with a rhythmically beating heart that creeps up on you, punctuated with deep resounding piano chords and Ekström’s pained vocals, which begin their lament as suddenly as they then fade away, as stealthily as they appeared. ’Love’s Taking Strange Ways’ is perhaps the most reminiscent of Islands, with dramatic choruses exploding with panache from hesitant piano chords, unfolding to reveal a distinctly hummable chorus. It’s also the most single-friendly.

Love Forever marks an interesting point that The Mary Onettes have arrived at, somewhere between the drama of their distinctly indie past and the brothers Ekström’s side project Det Vackra Livet, whose 2001 single Vilijan sounded rather like a Swedish language version of a New Order track from the True Faith era. And as with Islands, the more you listen to it, the better it gets.