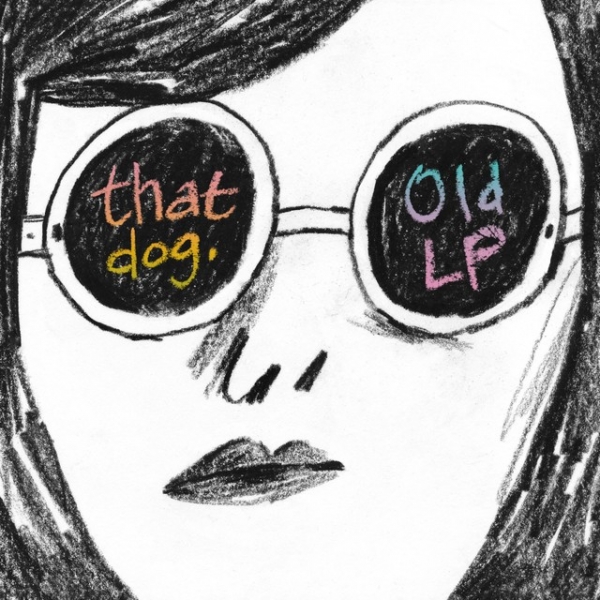 When a band makes a comeback record, they often sound like they’re picking up where they left off. More frequently still, they’re almost always disappointing, spurred on by the urge to stick too closely to what they think their audience wants to hear from them.

Thankfully, that dog. forge a different path. It’s not that the wryly-titled Old LP sounds like a direct follow-up to its predecessor, 1997’s power pop classic Retreat From The Sun. Rather, with 22 years remove from their last album, that dog. simply sound like they never went away. Old LP is so assured and confident, it’s easy to imagine another two decades of additional back catalogue we simply never heard.

that dog. never made it as big as they deserved to during their original run, blighted in no small part by accusations of industry nepotism. Vocalist and guitarist Anna Waronker’s father Lenny was president of Warner Brothers records, whilst Rachel and Petra Haden – the band’s twin bassist and violinist – were the daughters of legendary jazz bassist Charlie Haden. As much as they tried to play down or escape the connections that were in no way their fault - one article about the band was infamously headlined “That Dad” – it was an impossible task. In an era and industry that was already hard enough for young women, the media had another angle of attack.

And yet, across the first three that dog. records, the band always had the songs – the perfect, intelligently-written, beautifully off-kilter pop songs – with which to fight back. Back then, inexplicably, tracks like “Mr. Wrong” and “Minneapolis” simply weren’t enough to save them. But with two decades in the rear view, their influence on a new generation of bands like Waxahatchee and Vivian Girls has opened their music up to a whole new audience.

Even with one Haden missing – Petra left after an initial run of reunion shows – Old LP does more than enough to cement that dog.’s legacy. Drummer Tony Maxwell’s contorted rhythms drive harder-edged tracks like “Down Without A Fight” and “Just The Way” so bracingly, that when Waronker sings that “I haven’t felt like this since 1995”, you’re hard pressed to disagree. Meanwhile the bright trumpets and girl-group vocals of the none-more-nostalgic “When We Were Young” are a welcome retreat to 1997.

But these are the outliers. The best moments of Old LP don’t seek to recapture past glories, but offer a shimmering snapshot of a band in the here and now. After all, how could a band who haven’t made a record together since their twenties not return with a more mature take on their own sound? There are tense moments of chamber pop, complete with harpsichord, flute and cello, and songs like the lurching waltz-time opener “Your Machine” are capped by dense, forboding codas.

Even more recognisably that dog.-esque songs benefit from this new approach – witness the heavenly harmonies which see in the chorus of “Bird on a Wire” or the spiralling bridge of “Least I Could Do”. And while the savage riffs and sneering chorus of “If You Just Didn’t Do It” sounds like it could have come straight from 1995’s Totally Crushed Out. But it’s matched with a thrilling lyric which wittily calls out its target, before frogmarching him outside (“Let’s go! 5 6 7 8 to the coffee shop, there’s so much I wanna say to you”) for a further browbeating.

And with the industry at large safely off their backs, the band have allowed themselves to actually make use of their not-inconsiderable contact books, if only to add some additional flourishes to the record. So their old classmate Maya Rudolph contributes backing vocals, Red Hot Chili Peppers guitarist Josh Klinghoffer seems to play whatever instrument was put in front of him, and former tourmate Graham Coxon offers some unmistakeable curlicues of guitar on the stunning “Never Want To See Your Face Again”.

that dog. have been relatively cagey about their plans beyond this album – a couple of shows in November, and nothing much else. As such, it’s easy to take Old LP as both comeback and victory lap and, either way, it’s a stunning success. But before the record draws to a close, it has one final ace up its sleeve.

Nothing in the band’s catalogue signposts the album’s closing title track, which sees Waronker and Haden trade verses across the speakers. It’s a song about loss, grief, and the sense of connection that can only be summoned by music. “I can hear you breathe”, the pair harmonise as the violins crescendo. “I can see you right in front of me.” Backed by a full orchestra, which veers between theatrical fanfare and Disney drama, “Old LP” brings the record into focus, as a work about the responsibilities we all face as we get older. Written in tribute to Rachel’s father – and inspired by an old recording of his being played at his funeral – it’s the most tragic, triumphant and true piece of music that dog. have ever penned.

It ends with applause. How could it not?