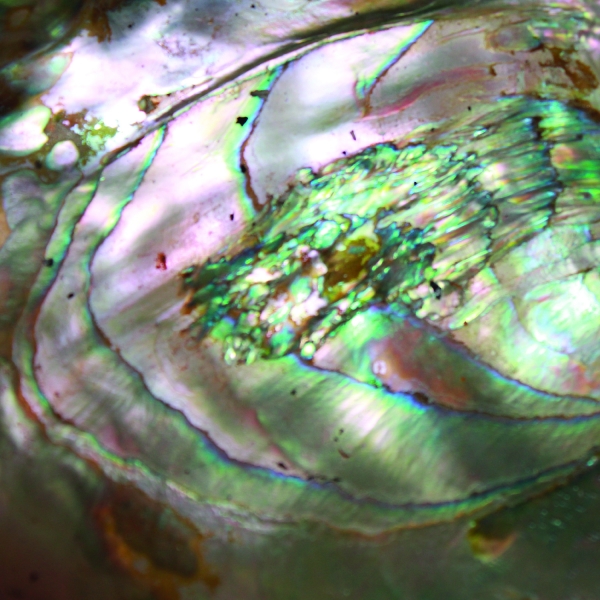 Both the conception and musicality of Canada’s Tasseomancy are exciting, if dual musical prospects.

Not only are its two members ­– Romy and Sari Lightman – twins, but they also create songs that are far removed from their other ventures – the still active collaboration with Austra, as well as their previous musical incarnation as Ghost Bees. As performers with Austra’s Katie Stelmanis the Canadian duo make music that is gothic, yet far from ghastly. Yet ever the talented pair, Tasseomancy ­– whose name is derived from a method of reading tea-leaves – is a further creative outlet in which the two can educe a name purely for themselves and Ulalume is their vehicle for succeeding in doing just that.

Speaking of purity, at the very core of Tasseomancy’s music is silence and simplicity. At the heart of their every composition is a simple guitar melody and vocal arrangements – the centre of which is made all the more textured by producer and guest vocalist Taylor Kirk of Timber Timbre – an accumulation that brands the band with the tag of neo-folk. Yet dynamics are as crucial as lyrics and melody on Ulalume. There’s an aura of soft dissonance that surrounds the entire release, bathing Ulalume in a sinister light, even when it’s at its most cheerful, ironically during the gloomiest of titles, ‘The Darkness Of Things’. Yet while Tasseomancy’s seldom-used bass lines are often thundering and foreboding, it is in its fragile quietude that the album’s beauty reveals itself in its purest form.

Within the atmosphere that is created from the pair’s dynamics, alongside their spooky tonal qualities, it is the pair’s haunting vocals that pierce through their songs. Whether it’s their sisterly synchronicity or their starkly similar voices, there’s certain symmetry present throughout the entirety of Ulalume. At times these melodies take on eerie elements akin to those of The Dreaming-era Kate Bush. Elsewhere their tight, harmonious vocal sound is almost exact to that of Warpaint’s own melodious compositions, minus those bass lines.

Meanwhile Ulalume swims in a myriad of cultural references, from the biblical and religious essence of their chamber music, through to the pair’s eerily cinematic lyrical content. “Who’s at my altar?” the pair question during ‘Diana’, whereas ‘Night’ laments: “Sweet Lord, sweet Asriel/ I cry and I pray these swan songs to thee.” Elsewhere Ulalume appears almost medieval, particularly on tracks such as ‘Anubis’ and ‘Heavy Sleep’, due in part to their echoing, acoustic instrumental choices, and in other sections haunting organ notes wash in and out of the album, disappearing as soon as they announces their swift arrival, giving the aura of an otherworldly 60s horror film.

Yet as with the album’s title – itself a sonic manifestation of Edgar Allan Poe’s poem of the same name – Ulalume‘s own continual narratives conjure up the very same notions of secrecy and deceased love. Poe originally wrote the poem as an elocution piece, with a heavy focus upon sound: as such the lyrical content within Ulalume is centred on fairytales akin to those of the Brothers Grimm: fantastical, yet grizzly. The very opening lines of first track ‘Anubis’ capture this essence entirely: “Break the key, light the leaves/ Pour the salt underneath.” Likewise, ‘Diana’ opens with the creepy lines, “Who’s in my cellar? / Who’s at my altar? / For the beasts are not cleansed for the slaughter,” while ‘Heavy Sleep’ continues the twins’ trend for combining sinister lyrics with beautifully executed vocals with the descriptive, “When you go I can only breathe again/ Words unspoken fester slowly in the skin.”

While there’s no real sense of transitional cohesion to Ulalume – and admittedly this may be an aspect of Tasseomancy’s music that alienates some – there is certainly a pattern in the songs’ tendency to begin ultra-soft and consequently crescendo throughout each song. Final track ‘Mourning Chest’ ends in an unexpected postrock-like cacophony, while the electric ending of ‘Night’ is equally surprising. Meanwhile, ‘Up You Go, Little Smoke’ is easily the least eerie track on Ulalume, yet its pure, stripped-back folk ambiance is disturbed by a brief, rattled accumulation towards its demise.

Ulalume‘s penultimate song, and the duo’s latest single ‘Soft Feet’ is a perfect summation of all that Tasseomancy do so well, from gradual, building dynamics through to creepy lyrics and a journey through the genres. In fact the track is so loaded with visual dimensions that it could easily soundtrack a film: from its metallic knife sharpening sounds, through to eerie wind noises, foghorn bass trembles and the occasional subtle twang of a guitar string akin to a Western stand off. These particular strums also lend themselves to the ultimate track, ‘Mourning Chest’, which seamlessly continues the former song’s instrumental narrative, before erupting into the aforementioned explosion of sound, which given the majority of the album’s quietude, is something of a statement exit.

“We could have been so much better than the past,” the duo sing on sixth song ‘Ashkelon’. And indeed Tasseomancy is an enhancement of their former incarnation of Ghost Bees, and Sari and Romy are clearly comfortable in their new sonic skins. And even if Tasseomancy do manage to make certain listeners feel uneasy with their wandering, morbid dissonance, one thing’s for certain: the enchanting duo’s brand of creepy, atmospheric music would be absolutely perfect captured within environs such as London’s Union Chapel, or indeed any church, echoing around the very places that Tasseomancy draw upon so richly and acutely during Ulalume’s duration. Poe would be proud.