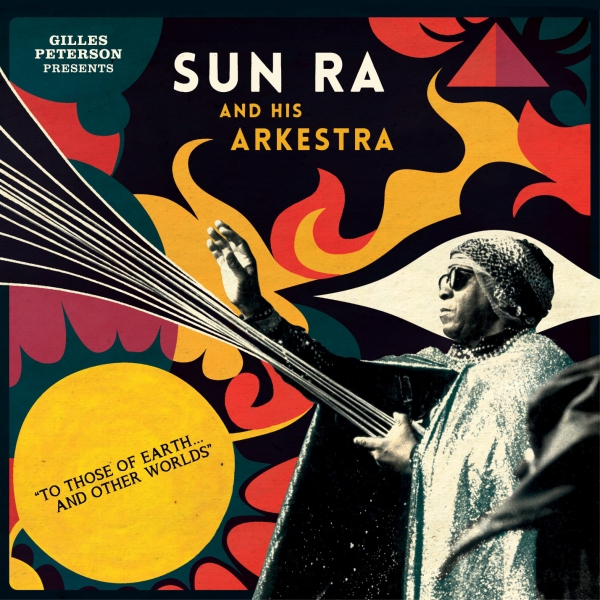 As far as back-stories go, the cosmic one the musician born as Herman Blount in (probably) 1914 in Birmingham, Alabama offered as the authentic story of his life is hard to beat. Calling himself Sun Ra (after an Egyptian god), the pianist, composer and bandleader claimed to be a citizen of Saturn, sent here on Earth to bring a message of peace and understanding to deceitful and war-mongering humans.

Even by the mind-expansion standards of the psychedelic era, this story would've been spectacularly far-out. The clean-living Sun Ra, however, stuck to it from at least the early 50's (different sources wary as to when his musical career picked up its unmistakable cosmic hue). At a time when everything and anything comes pre-packaged with a marketing and branding angle, it's easy to be cynical. Surely the guy was just trying to expand the potential audience for his - by and large - jazz-influenced sounds by coining a funkily cosmic image and dressing his band - The legendary Arkestra - in the kind of gaudy gold lame outfits even Vegas Elvis might have baulked at, right?

Wrong, in fact: a sort of follow-up to last year's The Orbit of Ra, a double compilation picked by long-time Arkestra member and, latterly, bandleader Marshall Allen (the band have remained a going concern since Sun Ra's passing in 1993), To Those of Earth...And Other Worlds proves Ra's Afrofuturistic vision was very much for real. Far from some short of a cosmic sham trying to further the appeals of his brand of skronk with a nice line in intergalactic hokum, Sun Ra was a serious - and seriously diverse, as you might expect from the author of some 125 albums, often self-released - artist with a distinct philosophy that stayed intact even when The Arkestra executed audacious stylistic leaps.

The scale and scope of the music on offer on these two crammed discs is truly staggering, and Gilles Peterson's skilled editing means we hop pretty much seamlessly from, say, the ethereal skronk of "Twilight" to the skewered big band crooning of "Sleeping Beauty." For every bit of rousing en masse chanting (the Arkestra could swell up to 30 members, and you can hear the orchestra's collective girth on the likes of "Somebody Else's Idea" and "Children of the Sun") and proto-electronica noodling, there's a soothing gem ala "The All of Everything"; for an artist associated with avant-garde out-thereness, Sun Ra and co. could be incredibly infectious.

By the end of To Those of Earth...And Other Worlds, it's easy to be convinced by Sun Ra's message: having grown up during the dark days of segregation, maybe the artist formerly known as Herman Blount genuinely believed in the emancipating, peaceful possibilities offered by floating through the outer space. Whatever the case, his cosmic vision and unorthodox lifestyle led to a truly inspirational body of work.