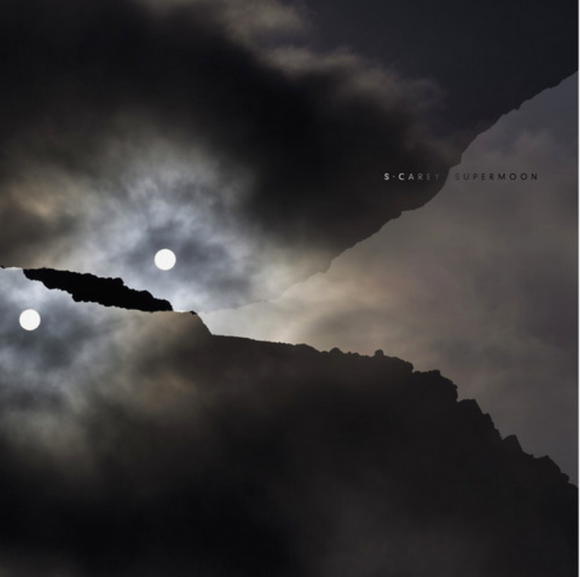 Although he must be sick of constantly being portrayed in the media as a figure who exists in the shadow of Justin Vernon, it is very important to the understanding and contextualisation of Sean Carey’s solo work that he is best known as a supporting member of Bon Iver. His two solo LPs, 2010’s All We Grow and last year’s Range of Light, are hushed, considered works whose successes are based on their Vernon-esque combination of subtle experimentation and earnest humility. His new EP, Supermoon, presents a collection of alternative versions of songs from these previous releases, along with one new song and one cover, of Radiohead’s gorgeous “Bulletproof…I Wish I Was” (another study in subtle beauty wrung from eclecticism).

This seems a slightly odd move, not least because the alternative versions of old songs, comprising two-thirds of the record, just feel a little pointless. The delicate percussion patterns and prepared pianos of the original “Fire-Scene” are gone, and the meandering, minimalist ballad that appears here feels like a hollow replacement. “We Fell”, from All We Grow, is one of Carey’s most accomplished solo songs, a Steve Reich-meets-Fleet Foxes combination of plaintive vocals and gradually-unfolding piano motifs. Yet the form it takes on Supermoon does away with the patience and restraint of the original, flooding the mix with intrusive strings that somehow blunt the grace with which the earlier version is so richly endowed. “In The Stream” commits a similar offence; where the original was pleasingly peppered with barely-there flourishes of left-field instrumental arrangement, this version simply chucks a sentimental string section onto the introspective basis of the song and hopes that it might stick – it doesn’t. The new version of “Neverending Fountain” is probably the best of these reworkings, mainly thanks to the undeniable beauty of its layered, reverb-drenched vocal harmonies.

There are two remaining tracks on Supermoon; the brand-new title track and the aforementioned Radiohead cover. The former is pleasant enough, but would benefit from a little of the imagination that characterises many of the highlights of Carey’s output so far. The cover of “Bulletproof… I Wish I Was” is at least admirable for its bravery – as one of the most astonishing early Radiohead songs, it’s a big one to take on – but little else. Carey’s nasal whisper and spare piano arrangement don’t do too much to detract from the beauty of the original, but they add absolutely nothing.

It should be noted that there’s nothing offensively bad here, and plenty of interesting enough ideas, but the real problem is that most of those ideas are better realised on the original versions of the adaptations (and the cover) that make up the bulk of this EP. To persuade people that he is more than an above-average sidekick to Justin Vernon, Sean Carey could really do with pushing himself further than he does at any point on this laurel-resting stopgap release.