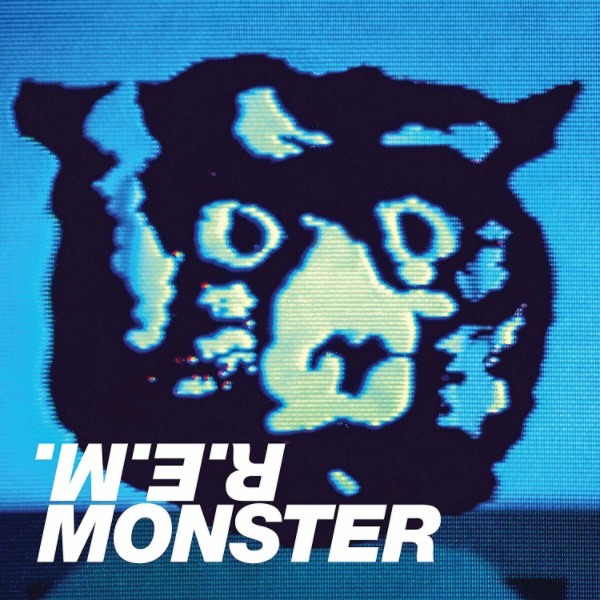 Since they stopped making music together in 2011, R.E.M. have continued to recontextualise their back catalogue in more thoughtful ways than typical cash-in reissues.

Both 2017’s remastered Automatic for the People and last year’s epic At The BBC boxset were generous presentations of the group’s more widely-beloved material, put together with extras and accompanying interviews that suggested a band still on good terms, both with each other and with their musical past.

The marking of this year’s 25th anniversary of their ninth studio album, Monster, is a more challenging proposition. Commercially successful but somewhat misunderstood on release in 1994, the album is prickly and brash – a complex, sleazy fuck-you after the breakthrough success of the band’s previous two albums, Out of Time and Automatic… R.E.M. had always been characterised by Michael Stipe’s oblique lyricism, but on Monster this was met with sonic alienation, shot through with moments of vulnerability that felt more ironic than reassuring. Where Automatic… was warm, Monster was stubborn and tricksy.

How, then, to invite people to reassess this somewhat difficult album? The centrepiece of this reissue – which also includes a disc of unreleased demos and sketches, and a live set from the blockbuster Monster tour – is a new mix from original producer Scott Litt, which reimagines the album with mixed results.

For those who already love the album, the remix works best when Litt’s touch is relatively light. An intriguing aspect of the remix is the renewed focus on Stipe’s vocals, which are turned up, sharpened and prioritised in the mix, ostensibly making his message clearer, and retrospectively injecting a confidence that was found later in life – like a new performance engineered from the original tapes. The desolate, grief-stricken “Let Me In”, written for Stipe’s friend Kurt Cobain, is the standout – centring the previously masked heartbreak of Stipe’s performance. Some tracks – “Star 69”, “I Don’t Sleep, I Dream” – benefit from at least one listen simply because the lyrics are more legible than before. On “Tongue”, the music is lightly expanded and the vocal is sharp: even more prominent and uncomfortable than on the original. Monster leans in to the darker, less sexy versions of its inherent sexuality, and the mix here doubles-down on its sinister mood. This is a record of multiple identities and masking, which in the original mix were an extra layer to discover by the attentive listener. Like the mix itself, these identities are sharper and more accessible – but perhaps that ultimately makes for a less satisfying listen.

Some tracks fall flat when retouched. In the original mix, “Crush With Eyeliner” is thick and heavy with glitter and sexuality; here it is reimagined as woozy jangly indie, which just serves to straighten out its glorious kinks. Stipe’s voice is retrospectively loosened out – an attempt to tease emotion from a purposefully commanding performance, emblematic of a blank slate onto which all desires can be projected. On “King of Comedy”, his voice is closer than ever, every inhalation and deliciously grainy and sleazy – but the rest of the mix is muddled and odd, with the music dropping out around the chorus with no apparent reasoning. Much of the mix is baffling like this, with songs changed dramatically, because they can be and not perhaps because they should.

The remix aside, this reissue should be a chance for those previously sceptical of Monster to give it another try. Despite its reputation, Monster has its staunch fans – including this writer – and has, over the past few years, found new life in increasingly queer readings. The album is emblematic of a queerness that is perhaps more aligned with (one of) its current understandings: expansive, fluid, and overspilling with potential. Michael Stipe has recently expressed that he is delighted to be now living in a world where young people are able to express their gender and sexuality more freely than when he was younger. Perhaps the remix’s emphasis on Stipe’s words is symbolic of this: a clearer declaration, or a more confident one at least.