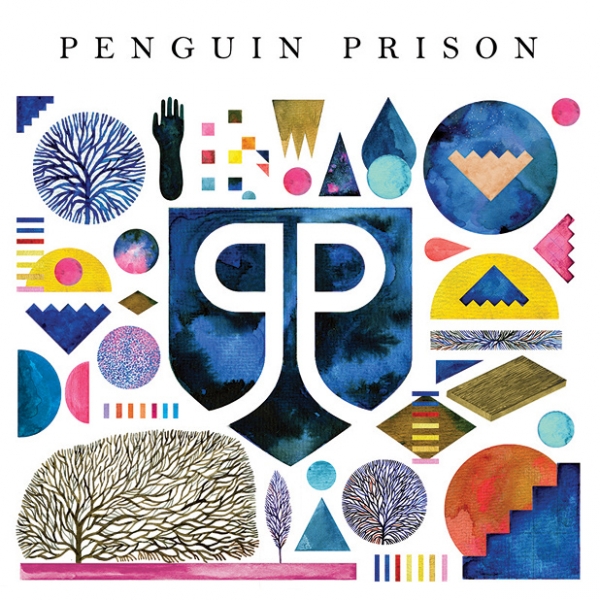 Penguin Prison is the strange name masking the latest NYC-exported electronic whizz kid producer with an ear for a sharp riff and a catchy chorus. It is also the title of the equally mysteriously-named debut album.

The music is a bit more conventional and sees Chris Glover, the man behind the moniker, become the latest artist to jump on the 80s-euro-disco-catchy-pop train. Penguin Prison sounds a bit like DFA duo Holy Ghost! – and there is a good reason for this. You see, ‘The Worse It Gets’ and ‘Something I’m Not’ were both written with Alex Frankel of the aforementioned group, and ‘Golden Train’ is actually a collaboration between Glover and Frankel. But equally, it could be said that Holy Ghost! sound like Penguin Prison – Glover has returned the favour by singing backup vocals on their hit single ‘Hold On’ and co-writing ‘I Will Come Back’. So if you’re a fan of Holy Ghost!, then this bodes well for Penguin Prison.

And on first inspection Glover delivers with the irresistibly dance floor worthy disco stomp ‘A Funny Thing’. With a killer beat and elating synth melody, it has more than enough panache to replace any edge lost by kitsch opener ‘Don’t Fuck With My Money’. Once ‘Golden Train’ gets going, it too is the perfect soundtrack for a strut or saunter down a trendy NYC suburb street.

‘Multi Millionaire’, however, is less convincing; with the sort of overtly obvious string arrangement and lyrics that could be finely tuned to fit on next year’s X-Factor winner’s single. Fortunately the Holy Ghost! infused ‘Something I’m Not’ follows, returning some credibility to Penguin Prison with its dark baseline and eclectic percussion. ‘The Worse It Gets’ takes things back to the kitsch, having a delightful touch of Wham! about it but still passing as an enjoyable dance track.

But by the middling of the record the likes of ‘Fair Warning’ – a direct cross of Matchbox 20 with Blue – take over and everything becomes slightly ridiculous, if not still embarrassingly addictive. ‘Desert Cold’ with it’s childish synth and ‘Pinocchio’ with its unfortunate lyrics only add to this slightly absurd interlude.

Penguin Prison could easily be dismissed as a shallow album of Euro disco-based synth pop that happens to be quite on-trend. The more cynical among us might suspect Chris Glover of exploiting music’s more fashionable niche du jour for a quick win record. After all his past form includes a stint in a performing arts school gospel choir with Alicia Keys and a turn in a fake boy band (neither of which met with much success). But then, it wouldn’t do any harm to just sit back and enjoy the latest collection of feel-good electronically-generated pop songs, would it? Taken at face value, this is a good fun, sunshine dance-lite album to which only the sternest foot would fail to tap.