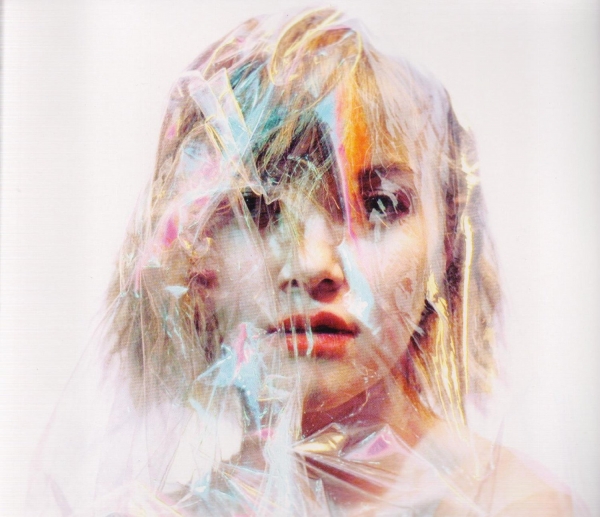 Multi-textual artist, instrumentalist and sometime linguist; Maia Vidal can do it all.

Thankfully music, is at the centre of her delightful universe. Now we have another sparkling full LP to gawp at in the form of You’re The Waves. Shield your eyes and open your ears.

There are significant changes from her 2011 solo debut God Is My Bike which brought Vidal her biggest popular success to date with “Follow Me” and its accompanying UKMVA-nominated video. You’re The Waves is less maudlin, but still contains a brooding darkness if you take the care to look into its shadowy corners. It’s also less polemical, as she turns to the simple elegance of love for inspiration.

The first three singles “Bones”,”The Tide” and “Islands of You and Me” form a triptych of videos that elucidate the young Californian's vision of her own work. She co-directs herself moving from a fancy dress party, where the lyric “bones” is amusingly more literal than one might expect, to a sun-soaked secluded island idyll where she revels with her expressionless skeletal amour. It’s an interesting artistic choice to bring songs to life which such literalism, especially when so many videos choose a safer, more generic serious of metaphorical scenes. Of course, when someone has such an exquisite imagination perhaps one wants their interpretation first and foremost, while the mind’s eye harnours its own ideas. Much like book-to-screen adaptations, there are two versions, and the choice is there for the consumer. That said, go watch the videos back-to-back.

As subject matter condenses, the range of the music itself expands. A deep electronic grind from “The Tide” is complimented by the short burst of petal-delicacy that is “El Azar”. All of the tracks ooze pop in all its fizzy, memorable goodness. There are still plenty of quirky jingle-jangles and stuttered tempos to satisfy hardcore fans but Vidal seems as though she is really letting down her (admittedly quite short) hair on this record.

Rounding up the album are the signature foreign-language tracks. “El Azar” (‘the random’) and “Dejame Llegar” (roughly ‘let me go’) are this time sung in Spanish, as opposed to the demi-French God Is My Bike, perhaps reflecting her time recording previous effort Spaces in Barcelona. They close a tour de force of an album by an embarrasingly talented artist.