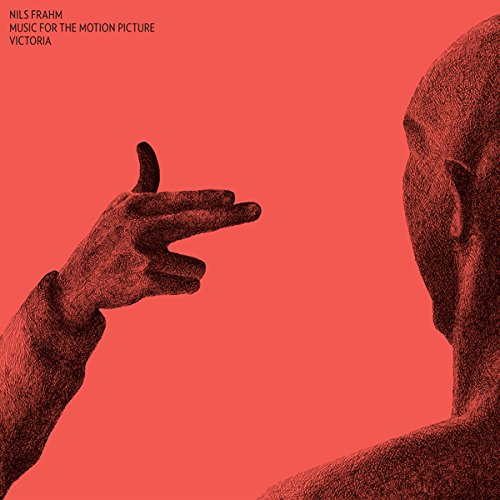 Nils Frahm said he wouldn’t do it until he found something really special, now he has.

Victoria is a one-take feature film being nominated for all the Best Soundtrack awards, and tells the ominous tale of a runaway party girl who falls in with the wrong group of men in a Berlin nightclub.

Having left the club, the group’s night of wandering develops into a far more worrisome scenario. The techno stops. The instrumentals start. Frahm, along with violist Viktor Orri Árnason, ambient artist Erik K. Skodvin and cellist Anne Müller (with whom he teamed up for 2011’s punchier 7fingers) has created an exquisite series of pieces, each one laden with relaxed intensity and sensitivity. "When director Sebastian Schipper invited me to work on Victoria," Frahm writes, "I knew it was worth the long wait. Does such a strong film even need music? I realised it wouldn’t be easy to create a score that embraces these bold pictures."

And ‘bold pictures’ they are. Among other award nominations, Victoria won the Silver Bear for Outstanding Artistic Contribution at the Berlinale Film Festival. It may not have been easy but the creative freedom afforded to Frahm et al. has had a notable impact on the outcome. "We simply put a big screen in the middle of the room, filled it with microphones and instruments, set the movie on loop and kept improvising on top of it together – my good friends and I." If that isn’t the way to score a film I don’t know what is.

And the listener can tell there’s something different about these pieces. There are the usual moments of recognition; they hear the warm viola tones expand over the cello and Nick Cave and Warren Ellis’ score for The Assassination of Jesse James by the Coward Robert Ford comes to mind. The hushed piano notes below those high sweeping strings may remind them of something they heard in Thomas Newman’s score for American Beauty, even the misty atmospheric quality in the foundations of the sound is something they would recognise from a piece by Greg Haines. In this case all those sonic elements and distinctions yield a very tangible sentiment that ebbs and flows through the individual tracks. The listener follows the discourse of exactly the earnest, at times unsettling, at times saddening disposition that is being conveyed by the images.

Despite these downbeat descriptions, the beauty is evident from start to finish and in “Them” we find particular delight.  Those among us with a thing for Nils Frahm will not be disappointed; although a more sombre example of his work, this bears a satisfying richness that cannot be ignored.