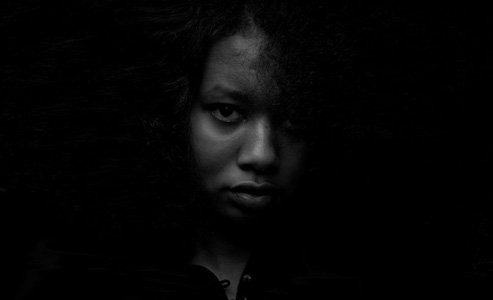 Bleak, the musical evidence tells us, can be very, very beautiful indeed. Check through the classic albums of and about depression and darkness – from Red House Painters’ Down Colorful Hill to Leonard Cohen’s (more on whom later) Death Of A Ladies Man via Radiohead’s OK Computer and usually landing on Joy Division’s Closer or Elliott Smith’s Either/Or, we’re talking about heart-rending, none more dark, deeply loved and massively acclaimed records. Born in Ethiopia, based in Finland, Mirel Wagner strives to join this illustrious list with her beauteous but devastating self-titled album. Wagner’s record feels like the spiritual, elongated personification of Billie Holliday’s ‘Strange Fruit’ and channels that chilling vision throughout the ten sparse, slight (in length, never in content) songs spread across this mortality-obsessed debut.

Wagner’s world is one of grim, stripped down fairytales – of dead love (‘To The Bone’), dead lovers (‘Joe’) rotting flesh (the horrifyingly graphic ‘No Death’), and lost mothers (‘The Well’). This is a record set at the dank, reflecting bottoms of wells, taking place in the middle of the night, at lonesome roadsides (‘The Road’), wind blowing through burned trees (‘Despair’). It’s a hard ride.

Musically we’re very much in solo Cohen territory – just a striking voice, poetry and a fingerpicked acoustic guitar. Wagner has little of Cohen’s mastery over language or melody but trumps him when it comes to finding simple beauty in horror and implying danger in the most banal of situations – ‘No Hands’ with its simple narrative of a child riding its bicycle (sex isn’t an issue here: gender roles are switched throughout – death is coming for us whether man, woman or child, it seems) and open-ended closing line “Can’t see the danger/Look mother, no hands” is one of the most chilling of the little parables of death on offer here.

That the record is one-note can’t be disputed; it’s a relentless yet restrained plunge into the depths of stark horror that has as good a chance of hypnotising and compelling as of repelling. It’s fair to say that, as with Cohen, some will find the sheer depth of hopelessness on display more akin to comedy than tragedy. Yet it’s a strong, obsessed piece of work powered by singular intentions. While it may not take its place among the luminaries listed in the first paragraph, it does at the very least match any artist you could mention for purity of theme, and should be lauded for revealing – through repetition – the strange, eerie beauty that can be dug up from the grave of song.