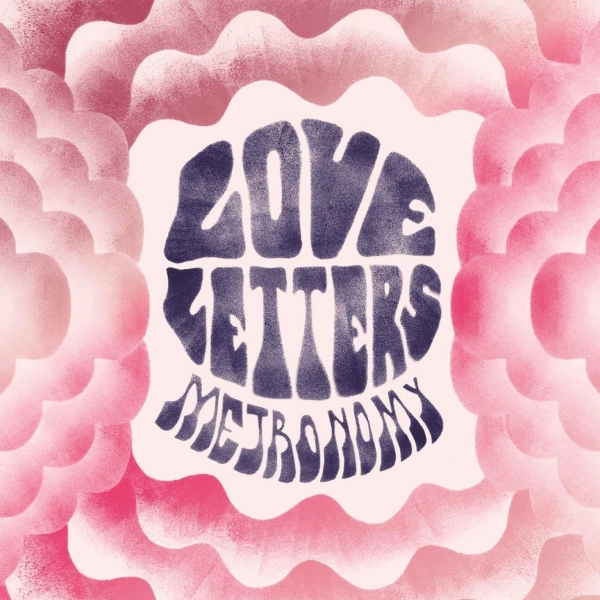 Love Letters is Metronomy’s most assured album to date, though far from their loudest.

The album starts with a pained whimper on “The Upsetter” which sees Joe Mount in a newfound meditative state, reminiscing about listening to Prince and Deacon Blue. “We live in 1992 here/Playing Sleeping Satellite” he nostalgically intones. However, it is the track’s sonic sparseness that sets the album’s tone as Mount’s broken coo is flanked only by a drum machine and mournful organ.

With each album Metronomy have steadily announced themselves as master craftsmen of the three-minute electopop stomper. “Heartbreaker” and “Radio Ladio” have had just about every sodden field pogoing around like loons for yonks now, and “The Bay” and “Corinne” continue to remind us that there’s more to the English Riviera than Torquay. It’s refreshing then, though with an admitted dollop of apprehension, to hear the band shed their floor-filling roots in favour of a more stately sound. Love Letters is their most restrained album to date.

Despite the record’s introspection, it never steers too far from the fanciful. Joe Mount is a deft Midas of sorts, lacing each lyric with subtlety, each cadence with playful restraint. “The Most Immaculate Haircut” drops the traditional middle eight in place of the sound of crashing waves. It’s a light touch, but a dreamy one too. “Month of Sundays” channels Love at their summer-loving best, but again, its stop/start chorus just holds that little bit back.

Of course, on the occasion that the album does let loose, it really lets loose. The title track is a swirling psychedelic romp that the Mamas and Papas would be proud of. “Boy Racers” too is bags of fun; dabbling in kraut synths and voxless dancibility. Penultimate track “Reservoir” is another toe-tap-along, itself a kind of lackadaisical take on “The Look”.

Some fans will be disappointed with the comparative lack of bona fide readymade chest-lighting bangers, but they’ve been spoiled enough on previous records. Instead, Metronomy have stepped up from the mantle of electro-pop, and matured into the sort of band that endures. Excitingly still, they leave us with no idea where they’ll go next.