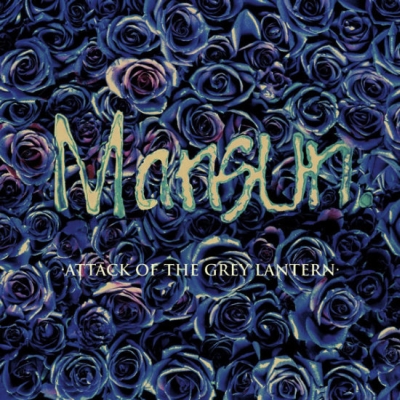 By 1997 Britpop was truly dead and buried, leaving a lot of people awkwardly standing around in Target t-shirts unsure what to do with themselves. It seems laughable now but the release of Be Here Now was enormously exciting, something that felt like a real event. However, history shows that it left most with a bloated feeling, an album that seemed to sum up the excesses of the past two years. This musical indulgence filtered down to other bands, middling acts such as Gene overreaching themselves with their equally puffy Drawn To The Deep End, whereas others just plodded on, Shed Seven and their ilk just doing the same old stuff until everyone gave up and went home.

However, some were experimenting. Gone were the rigidly structured songs of Britpop, replaced with the clatter and audio violence of The Prodigy and The Chemical Brothers, both releasing their breakthrough albums in this year. Radiohead released a little known album called Ok Computer, Spiritualized topping everyone with the mammoth Ladies and Gentlemen We Are Floating In Space. In the States The Flaming Lips took it one step further with the maddening Zaireeka, a collection of actually excellent songs that were nigh on impossible to listen to unless you had four stereos, long limbs with dexterous toes, or four like minded friends.

And then up popped a new band, who seemed hell bent on never letting talent or ability get in the way of ambition. Mansun first emerged in 1996 with a string of gloriously over the top EP’s, promising an album of concepts, drama, and glamour, that would far exceed expectations. Not since Generation Terrorists had a debut album been talked up so much by its creators, full of bravado, confidence, and a healthy dollop of bullshit.

Put it this way, you would not want to make a curry with Mansun. They would probably throw in every spice on the rack, a handful of extra chillies, and would then chuck in some sausages, a couple of pot plants and a sprinkling of broken glass for good measure. In his review in Uncut magazine Terry Staunton well summed up the situation by stating that Mansun never really understood the ratio of eggs to puddings, seeming unable to leave a song well alone. You kind of think that if tasked with painting the Mona Lisa they probably would give her dangly earrings, a snake tattoo up her neck and a herd of marching elephants panting away in the background. Oh, and full orchestration. You’ve got to have full orchestration. The album opens with Mansun’s ham-fisted attempt at a Bond theme, full on treacly strings and an echoed bass but sounding more like a Hale and Pace homage to Bond than the real thing.

Sometimes though the “chuck everything in” mentality does sort of work, particularly on ‘Taxloss’, from the sweep of harp and the glorious moment when the dance beat kicks in, sending the track into new levels of excess and enjoyment. However, the better songs are the ones where they managed to restrain themselves. The biggest hit and arguably the best song from the album is ‘Wide Open Space’ and despite the insertion of a “la-la-la-ing” Male Voice Choir near the end is the most conventional, Chad’s guitar full of precision and clarity. It falls into the clatter of ‘Stripper Vicar’, a Jenga game of a song, layers built up and up and up until the whole structure teeters and tumbles over. ‘She Makes My Nose Bleed’ is a bland retread of ‘Supersonic’ (and therefore by extension a bland retread of ‘Run To You’), ‘Egg Shaped Fred’ a spiralling melee of percussion and frantic guitar.

Rather perversely, one of the best songs is the hidden track, ‘An Open Letter To The Lyrical Trainspotter’ full of devilishly sarcastic lyrics and a sweet, bobbing melody, completely wasted tucked away at the end of the pompous ‘Dark Mavis’. The other high spot is the romantic ‘Mansun’s Only Love Song’, where the extravagance seems to align – shrill strings, dance beats and a superb vocal from Paul Draper. This album though does seem to be very much of its time, and as with follow-up Six does seem rather dated. The production does not sound particularly organic, the drums snappy and brittle. It does not sound as manufactured as Six, which sounds almost like a character study in Pro-Tools, yet it does suggest that the lions share of the album was constructed in the studio.

This repackaged edition comes with two further CD’s of extra material, with all the various pre and post album EP tracks, demos and live tracks. The b-sides are good – there are a lot of good tracks here, but it makes you wonder who this release is actually for. The casual buyer will be put off by the price tag and will opt for the far cheaper original release, whilst there is nothing for the ardent fan other than the vague feeling of being cheated. Mansun are very much of their moment, and it’s a shame Paul Draper has yet to release his much rumoured solo album, but there is little need for this release. All it does is bring to our attention how dated this actually sounds.