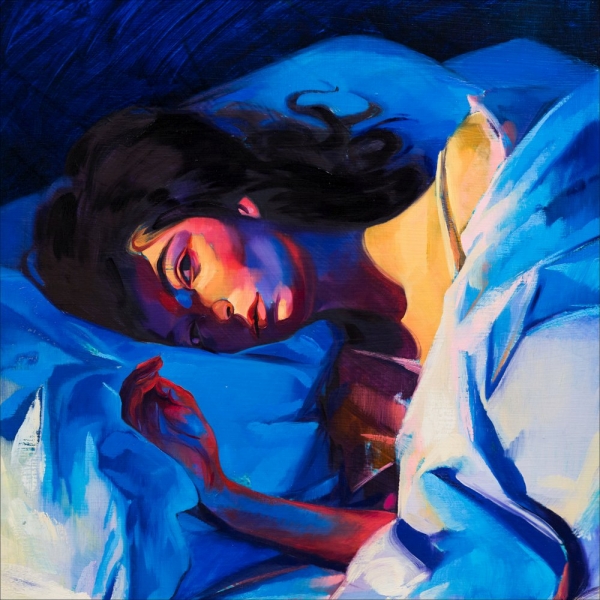 Every teenager has experienced a night that they never wanted to end, or one that they never want to forget. Lorde has memorialized precisely that type of evening – and the lingering repercussions of its aftermath – on her long awaited second album, Melodrama.

The perspicacious 20-year-old New Zealand singer/songwriter also fearlessly illuminates the devastating heartbreak of lost love throughout the record. You can hear Lorde replacing the passion of a failed relationship with a renewed fervor for getting lost within the songs themselves, celebrating music’s uncanny ability to make her dance again as well as rescue her from despair.

“The truth is I am a toy that people enjoy/ ‘Til all of the tricks don’t work anymore / And then they are bored of me,” Lorde achingly sings on “Liability,” one of the album’s most unguarded, vulnerable moments. But Melodrama brazenly proves that her songs are far more substantial than mere baubles, and whatever artifice she’s used to capture the attention of the music world, she still has us under her spell, swooning right alongside her.

The album’s triumphant anthem of rediscovery and personal renewal, “Green Light,” perhaps draws inspiration from the elusive green light found at the end of Daisy Buchanan’s dock in F. Scott Fitzgerald’s masterpiece, The Great Gatsby. The final lines of that novel echo the boundless potential found in the “brand new sounds” discovered in Lorde’s mind, while also reflecting a wistful sense of mourning about how life will never be so innocent and new ever again.

“Gatsby believed in the green light, the orgastic future that year by year recedes before us. It eluded us then, but that’s no matter—tomorrow we will run faster, stretch out our arms farther.... And one fine morning—So we beat on, boats against the current, borne back ceaselessly into the past.”

No matter how the city sings her whispers back to her, or how bright the dance floors light up when she finds someone new to kiss, or how fast she runs with her arms outstretched, she’ll still carry visions of that lost love with her along the way. “But honey I'll be seein' you wherever I go/ But honey I'll be seein' you down every road/ I'm waiting for it, that green light, I want it.” Those are the imprints forever left on our hearts by love, no matter how much we try and relegate them to the dusty annals of our past.

Like any young person still in the midst of processing the intense emotions brought on by your first broken heart, Lorde presents two conflicted variations on the same theme over the course of the record, “Sober” and “Sober II,” as well as “Liability” and “Liability (Reprise).” The corresponding songs faintly resemble each other during brief moments, but they all stand as individual artistic statements of their own, each reflecting distinctive sentiments and sensibilities of their vulnerable subjects. And having different takes on roughly the same idea shows that Lorde hasn’t definitively made her mind up about those two heavy concepts (sobriety and blame), and precisely how to personalize the intense feelings they generate within her.

The plaintive piano ballad “Writer in the Dark” is an assured but tender kiss-off to a lover who made the mistake of spurning a woman who has a direct line of communication with the entire pop music world. And here Lorde uses that platform eloquently and emotionally. “Stood on my chest and kept me down / Hated hearing my name on the lips of a crowd / Did my best to exist just for you / Bet you rue the day you kissed a writer in the dark.” But rather than turning the track into a vengeful dirge about a lover who lacks a voice to fight back, Lorde admits to still caring deeply form them despite how wicked their love became. Because that breakup provided her with the impetus and inspiration she needed to bring life to the creative work that was inside her all along. “But in our darkest hours, I stumbled on a secret power / I’ll find a way to be without you, babe.”

“Supercut” sounds like a subliminal companion piece to “Green Light,” both in tone and tenor, with the buoyant piano line that swells in the chorus decidedly reminiscent of the album’s first hit single. But where “Green Light” illustrates a night out after her world came crashing down around her, “Supercut” captures a daydream of the limitless ways that the relationship could have possibly played out if she had just done things differently, if she just did everything right, as if that is truly possible. But the young love was destined to end in heartbreak, and all the clues were there – no matter how many warning signs we choose to ignore while lost in the initial throes of passion, or how stubbornly we refuse to ever be alone again.

There is a desire, both in art and in love, to strive for perfection and to never settle until we find it. But on the liberating closing track, “Perfect Places,” Lorde emphatically dismisses that quest for an illusory ideal that doesn’t really exist except within our grandest dreams. She may have been consumed with making an immaculate record (which she damn well did), or finding a flawless partner to try and take her pain away, but in the end that is a futile, misguided endeavor that will only resign you to finding fault in everything you do, while leaving you frozen in place, unable to either create or to commit to anything or anyone. “All the nights spent off our faces/ Trying to find these perfect places/ What the fuck are perfect places, anyway?” They don't exist, so stop searching so hard for them, and you might just find your way. On Melodrama, Lorde invites all of us to join in her anguished party of the damned, convincing her believers that if we just keep on dancing the ills of the world won’t be able to catch up to us. And for now, that is a faith promising enough to get totally lost in.