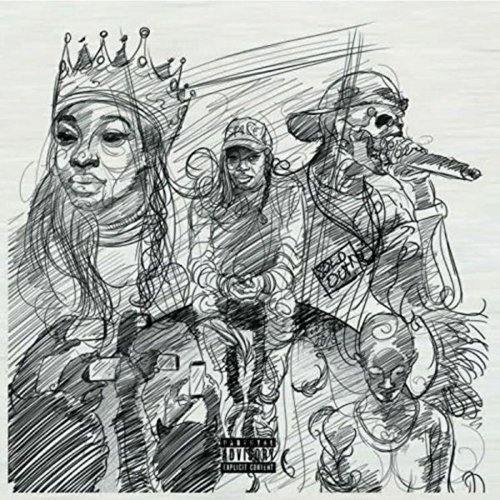 “They took her wings and told her flying was impossible, they told her women could not call themselves kings”

Simbi Ajikawo, aka Little Simz, flying kicks into her debut album with “Persons”, letting everybody know that she’s king now. Really, this is nothing that can be argued with, as the last 12 months have been a whirlwind of growth, expression and success for the 21-year-old North London rapper.

The concept of fame is something Simz is going to have to come to terms with, especially since her career has been sky rocketing at an exponential rate. After setting up her own independent label, AGE 101 - and signing herself to it – she’s now released the body of work everyone had been anticipating; A Curious Tale of Trials + Persons, her debut record.

From the off, the level of lyricism and pure quality that Little Simz has often struck over her many mixtapes and EP’s is upped. A trip of emotions about combatting fame and the changes it can bring to a person’s life in different ways makes up the general atmosphere of the album, best articulated on “Wings”, a track filled with determination, bold statements and questions that see Ajikawo’s confidence and belief in her ability grow. It’s easy here to draw parallels to Raury’s high energy message of youthful revolution.

Across A Curious Tale…, Simz eloquently explores and relays her perception of fame through many perspectives, combing through not only the conceptual subject of the album but also her own levels of ability – talents of which we have no doubt. Outstanding tracks beside “Wings” include “Lights” and “Dead Body”, and with details of parts two and three of the latter already teased by Simz herself, we eagerly look forward to hearing what Kano & Stormzy can add to it.

Ultimately, Little Simz explores and challenges all perceptions of what she should be throughout A Curious Tale…. Flexing her rapping abilities, intertwined with her choice of instrumentals and interludes with “This Is Not an Interlude” and taking us out with the remarkable “Fallen”. It’s not only a very solid debut, but it’s one with the power to break down and challenge the way things are done in the music industry.

As for further reading, you can get an inside perspective on the story behind the LP in the documentary A CURIOUS TALE OF TRIALS + PERSONS: THE TRUE STORY, and check out Little Simz dropping gems via HOT 97’s Late Night with Peter Rosenburg interview.