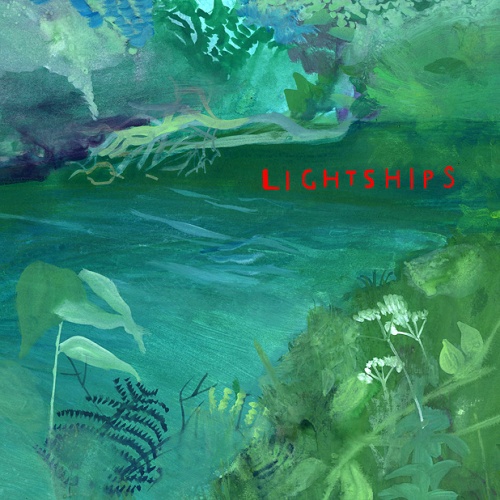 Gerard Love has, for more than twenty years, been a key figure in one of the best bands in the world, Teenage Fanclub. Though rarely at the cutting edge of fashion nor at the coalface of innovation, the Scottish Big Star lovers have, fairly consistently, made great records full of tremendously tuneful songs for more than two decades. Love is hugely instrumental in their appeal, the bassist/vocalist being responsible for beloved classics like ‘Sparky’s Dream’, ‘Radio’ and ‘Sometimes I Don’t Need to Believe In Anything’. Though a long old stroll away from the vibrant thrash of their early gems like ‘Everything Flows’ and wild versions of Madonna’s ‘Like A Virgin’ they’ve managed in the latter part of their career to mature gracefully and while they approach both middle age and the middle of the road they’ve never lost their grace nor their collective ear for a brilliant pop hook.

Sadly, as evidenced by last year’s Johnny project which saw fellow Fanny Norman Blake disappoint hugely in collaboration with Euros Childs, it seems that outside of the Fanclub the individual components fail to operate as precisely or efficiently, nor do they manage to stave off the onset of musical blandness anywhere near as effectively.

Lightships, Love’s first foray into the solo project world, have made, in the shape of Electric Cables, a very, very dull record indeed. Backed by fellow Glaswegians plucked from the ranks of The Pastels, Belle and Sebastian and even Brendan O’ Hare from the earliest days of Teenage Fanclub one would expect a sweet and tuneful set of songs, and while both attributes can be ascribed to much of the record it is, nonetheless, an exercise in music so gentle, so ethereal and so very, very quiet as to pass by almost unnoticed.

There are good moments, such as the lachrymose meditation on old age and times past ‘Warmth of the Sun’ which matches form to content perfectly – Love’s whispered notes a soft, sad delight among the xylophone chimes, clock rhythms and flute trills; and ‘Sweetness In Her Spark’ has a sense of purpose and drive lacking elsewhere, shifting out from first gear to deliver an otherworldly, romantic trip into delicate melody and neatly incisive guitar sounds.

These heartwarming interludes though, are overwhelmed by a slew of songs mired in mid pace, locked in laze and, despite a tendency to sing more sweetly on repeated listens, doomed to hang in the hinterland of schmindie easy listening.

Love’s lyrical concerns, which almost always seem to return to the weather and what have you – sun shining, clouds overhead, the seasons changing (there are tracks titled ‘Every Blossom’, ‘Photosynthesis’ and ‘Sunlight to the Dawn’ for instance) – seem irrevocably lazy in comparison to his often beautifully clear and overtly romantic Fanclub work. This meteorological obsession does not for interesting text make. Tracks like ‘Silver and Gold’ are, again, pretty but equally lacking in bite – Love’s falsetto here almost intangible, a mere shadow of a voice. Similarly ‘Girasol’, though it buzzes a little upfront, simply marks time and trots along in a day-at-the-drizzly-beach kinda way.

There’s nothing inherently bad about whimsical, shy little records that deny all forms of ego, bluster and aggression. It’s just that you’d think Love, with his years of experience, would be able to offer up a little more light and shade.