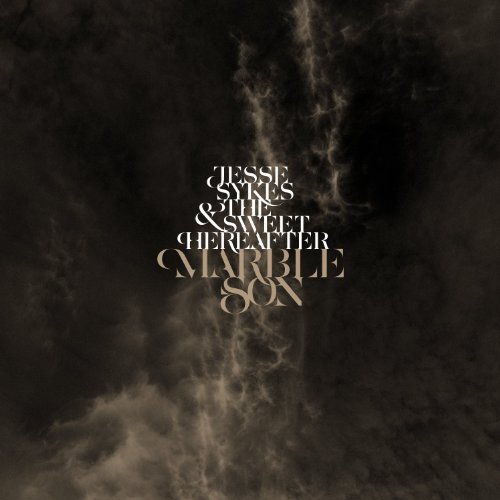 On their previous three albums, Jesse Sykes and the Sweet Hereafter have pursued a distinctly shadowy alt. country direction, their sorrowful sound packing a high enough gloom count to catch the attention of US art-metal notables Earth (who the band’s toured with), and Sunn 0))) (Sykes sang on the collective’s 2006 Boris collaboration Altar).

Some of the heaviness of their touring partners and collaborators must have rubbed off on the Seattle band. Not that Sykes and co. have surrendered to crushing drones and near-stagnant outbreaks of hypnotic heaviness; Marble Son retains the outfit’s nuanced approach to musicianship, with members happy to keep their peace if the best interests of the tune at hand so demand.

However, Sykes shares a whole lot more of the spotlight and songwriting duties with guitarist Phil Wandscher (formerly of Whiskeytown) this time around. The ensuing fretboard firework displays lending an uncharacteristic oomph to extended epics ala ‘Hushed by Devotion’, ‘Your Own Kind’ and ‘Pleasuring the Divine’, the feverish gallop of which – resembling the outcome of a pumped up band being challenged to showcase all of their best tricks in the space of five minutes, the task carried to conclusion with total success – provides one of the many highlights. The heady outcome’s reminiscent of the swirling gems generated by the 1960’s West Coast psychedelic scene and its various, somewhat heavier later incarnations, providing a refreshing departure from the Sweet Hereafter’s trademark doom-laden Americana, which was probably honed to perfection on 2007’s excellently downcast ‘Like Love, Lust and the Open Halls of the Soul’.

Fans of more subdued forms of musical expression shouldn’t despair, though: ‘Marble Son’s just as interested in acoustic laments, with Sykes’ spooked croon to the fore, as it is in decibel-bingeing wig-outs. The lovely likes of ‘Be It Me, or Be It None’ – a delicate whisper of a song, threatening to evaporate at any moment but growing into a totem of soft-spoken majesty – or ‘Wooden Roses’ – a shimmering, heartbroken highlight – prove Sykes and the Sweet Hereafter haven’t lost their subtle touch, the quieter tracks appearing – as ever – uneventful at first, only to gain hypnotic, irresistible pull with each subsequent listen.

Combine the two extremes, as on the standout ‘Come to Mary’, and you’ve an uncommonly compelling ‘new direction’: kind enough to revisit familiar terrain, daring enough to brawl and swagger whereas in the past the band would’ve courted the listener’s affections with more introverted means. A triumph, in a word.