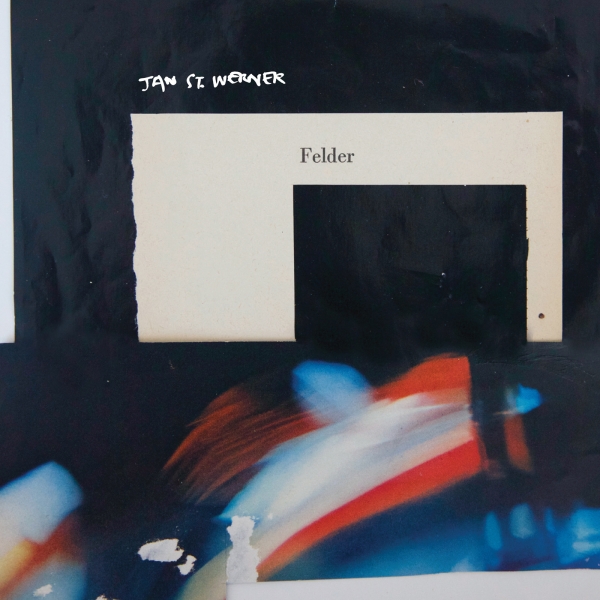 Felder is the fourth installment in Jan St. Werner’s Fiepblatter series, which began with Blaze Colour Burn in 2013 and most recently featured Miscontinuum Album, which derived from an electronic opera and radio play. An auditory glass bead game that slips and skitters away when you try to put too heavy a finger on it, Felder examines and toys with process and structure without being bound by thesis.

St. Werner, one half of the famed German electronic duo Mouse on Mars, is presently serving as a lecturer at the Massachusetts Institute of Technology, and, appropriately enough, Felder often comes across as a survey of the apparatus with which it was created. Hear the digital engines fire up, the signals scan and sweep on “Beardman”, as if the listener were journeying through the machine itself Innerspace-style. “Kroque AF” nudges that notion further with extended frequency trials.

These ‘fields’ surround like holograms of physical spaces. They don’t build on melodic phrases as much as they do on concepts. One may go on for over ten minutes and have multiple parts that seem entirely distinct, but they are aligned by a single motif. “The Somewhere That Is Moving” builds on a piano chord skipping like a scuffed CD, the use of such gentle, tight repetition a considerable pivot from the skitter and clang that precedes it. The too-brief “Foggy Esor Pt. 1” before it pushes Fennesz-ian bursts of hollow metal melody bathed in radio static.

Four years of intermittent work went into building Felder’s painstaking un-randomness; a fractal tapestry of captured sounds, uber-modern programming, and the occasional French horn (“Singoth”). Its resistance to structure creates in the listener a heightened awareness of each individual sound, and the resulting friction or harmony when pressed against another.