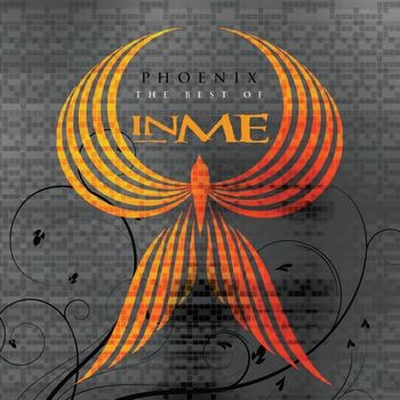 Remember InMe? They were one of the angst-ridden teenage bands to emerge at the end of the nu-metal era. Ring any bells? Their singer had a long ginger bob and a thick, grumbly London accent. Admittedly, they probably passed some people by, but they’ve actually been rather busy; they’ve released four albums over the last eight years, made a few line-up changes, had numerous tours and swapped the frontman’s interesting haircut for no hair at all. With all that experience and material behind their backs, it seems timely to collate their past before they venture on, i.e. it isn’t another corporate cash-in to follow an ‘amicable’ split.

Phoenix, set in non-chronological order, features three singles from each of InMe’s studio albums and three new tracks. It flows quite well despite the jumbled assembly, although there is a clear difference between their earliest and latest work. ‘Underdose’ and ‘Crushed Like Fruit’, both from 2002’s Overgrown Eden, are skewered with grunge-metal distorted guitars, McPherson’s coarse vocals and lightweight lyrics, all part of their nostalgic charm. Album opener ‘Safe In A Room’, taken from InMe’s second album White Butterfly, isn’t as rough, focussing more on intricate melody and a crowd-pleasing chorus. Like many of the tracks on the album, it stands out, which is the clever thing about putting some of your greatest singles on one disc. Hit plus hit plus hit equals album full of hits equals happy fans.

The three new tracks mark how far the band has come in less than a decade. McPherson’s songwriting has matured greatly, both in musical technicality and lyrical content. ‘Thanks For Believing In Me’ proves his vocals are clearer; he can actually sing as opposed to just growling. The intricate Bullet For My Valentine-style riffs on ‘Saccharine Arcadia’ make it clear that the band can stick to their metal roots in a way that fits in with the current rock scene. All in all, it’s a relatively successful greatest hits album that maps out InMe’s accolades so far. Perhaps the rough vocals and teenage wining in the early singles may not be to everyone’s taste, but no doubt some will enjoy this trophy cabinet of post-grunge singles. Now don your baggy Berny’s and backwards baseball cap as you give this album a go.