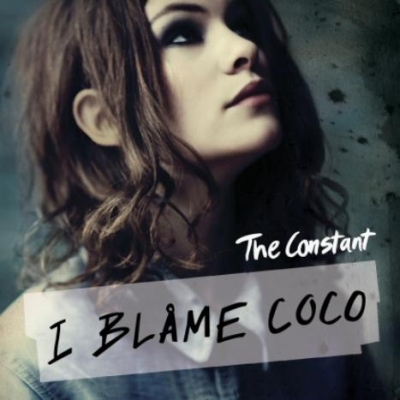 I want to acknowledge the fact that Coco Sumner is Sting’s daughter simply to dispense with it. I Blame Coco’s debut album The Constant refers to some kind of reassuring stability in a world of change, and whether the shadow of her fatherly pop icon factors into that is her business alone. It is, quite simply, a pop album that follows two likable singles and is being released on Island Records, home to a fair few emerging (mostly female) vocalists right now.

If you have already heard the singles ‘Quicker’ and ‘Caesar’ then this album won’t throw up any big surprises. There is a kind of methodical variety to the songs. For the most part it succeeds although it’s difficult to feel that, minus three of four songs (out of thirteen,) they don’t quite stand up fellow cross-over pop luminaries such as Ellie Goulding, Marina Diamandis or Lissie. Sumner doesn’t sound unduly like any of the above but, as this offering demonstrates, nor does she quite have the edge to establish herself as a true peer.

To take ‘Caesar’ (featuring the rather lovely Robyn) as a starting point, the above sentiment would be totally untrue; the song is a heartfelt, rather unexpectedly epic sounding treat. Unfortunately it is a solitary peak; the sweeter timbre of Robyn’s voice in the chorus contrasting with the throatier, rawer pleasure of Sumner’s in a way that you wish would overflow to the rest of the album.

In short, this album is inconsistent. Certain songs show a real song-writing nous and a good ear for an unconventional melody rendered in a fetchingly husky way, such as ‘Quicker’ or ‘Summer Rain’. The majority of the remainder of the album is pleasant but the sparks of promise, the more interesting rhythms and musical ideas, just aren’t developed enough to elevate them. The same problem applies to the way some tug on nostalgic heartstrings with their 80s grooves, (such as borderline Ace Of Base homage ‘Only Love Can Break Your heart’) but Sumner seems torn between going all out glittery retro and forging forward and so leaves the main body of the album floundering somewhere in-between.

The Constant misses the mark but it’s not a shot in the dark. Whilst Sumner’s lyrical content speaks of a vibrant and imaginative personality, the layering and instrumentation muddies the picture. Whilst her vocals reveal a husky, sensual talent the staid dynamics of many of the songs reduces it to a saving grace. Quite why Sumner’s stage/act name is so self-effacing is beyond me, but unfortunately this debut isn’t going to do much for her vanity.