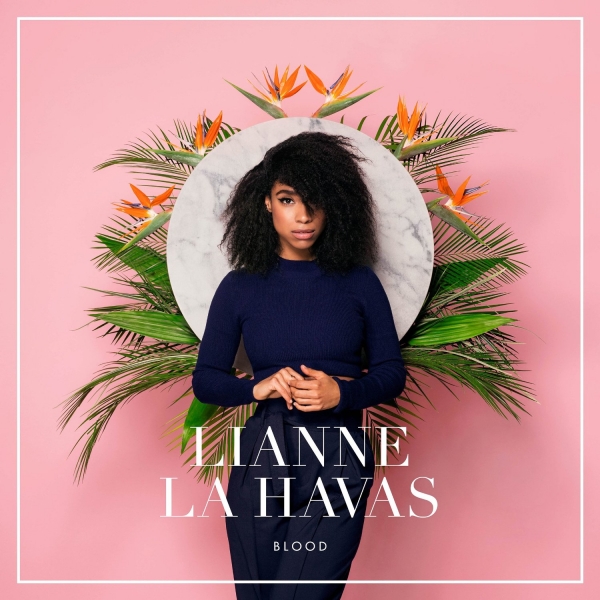 ​At the tender age of 25, Lianne Charlotte Barnes is returning to her roots, as the title of her follow-up to Is Your Love Big Enough? emphasises. La Havas directly considers her heritage on a record which showcases her style, versatility and elegance.

With refreshing directness, "Green & Gold" channels La Havas’ mixed ancestry. She pins her Jamaican colours to the mast through the vibrant “green and gold” aspects of that flag. Meanwhile the rest of the refrain “ancient stone” refers to her Greek father, from whom she takes her stage surname. Like many other songs on the album, it is a personal address as she sings, almost solely to her parents, “those eyes you gave to me/ that let me see/ where I come from”.

"Green & Gold", "Unstoppable" and "What You Don’t Do" are the triple-threat of singles that have previewed Blood up until now. They are the first three tracks anyway and it sees the south-London singer play the majority of her trump cards, frontloading with rich production values, swing and bounce.

Paul Epworth, known for collaborating with Adele, has a hand in helping La Havas achieve a more accomplished sound as well as having a co-writing credit on "Unstoppable". Meanwhile, Aqualung’s Matt Hales makes a couple of producing contributions, with Disclosure’s Howard Lawrence mucking in too. Looking to outside help is a sign of maturity and one to be welcomed as these songs have a ring of quality about them. However, having this influence pointed out exposes the vulnerabilities among the remaining seven tracks.

At its best, Blood has an amalgam of Adele, Corinne Bailey-Rae and even Beyoncé qualities. The jazzy soulfulness of her debut is enriched in her second. An element of the quiet acoustic delicacy remains on "Wonderful" and "Good Goodbye". An overall impression of class pervades but somehow has the ambience of an expensive hotel lobby. It’s a little too polite and dare we say, nice?

"What You Don’t Do" cleverly inverts many of the stereotypes of songs that paint men as sleazy guys. The title suggests the subject of the song is lacking, coming up short. However, it is the reverse, “the games you don’t play” are a signature of sincerity. She “doesn’t need proof” which is theme reintroduced in the closing "Good Goodbye", where, rather mournfully this time “no one ever leaves you / I don’t need faith / I don’t need truth”.

Surprisingly, the injection of electronic distortion and bass comes through "Never Get Enough", perhaps Lawrence had a quiet word. It begins slowly and acoustically in a style more in tune with the endearing timidity of Is Your Love Big Enough?. But at track nine, this welcome mix up is buried deep, further caution in an otherwise brave move.

Regardless of their origin there are a number of poetic turns of phrase which are catchy enough to stick with you too. “No sweet nothing / could ever be turned into something” opens "What You Don’t Do", a song hinging on taking negatives and turning them inside out. "Wonderful" riffs on “electricity” which lingers throughout a lyrically deft affair, reflecting on an ended relationship where yes, “you can trip / flick a switch” (and falter) but she wants to “remember when you put the stars into my eyes”. The joy of ‘Wonderful’ is also contained in La Havas’ vocal turn of phrase. A melancholy celebration is tempered by the fragility of her voice which even questions her own assertions at exactly how “wonderful” this connection was. Not often do you hear how a song is sung, alter the meaning in this way.

Lianne La Havas takes an odd step backwards for Blood. The step is primarily chronological as she returns to a childhood at “six years old” and reflective imagery such as “mirror(s)”. She's talked about returning to Jamaica to help create this second album. Usually an artist uses up the sum of their lives’ thus far to inspire their debut, so the very fact she finds more to say by going further back is interesting.

Her music has definitely progressed, and she's found a deeper, broader sound. It is somehow stuck, however. All the component parts seem present, but they don’t quite add up to a greater whole. For all the talent, grace and poise on display, it often veers too close to lounge music - and she deserves more.