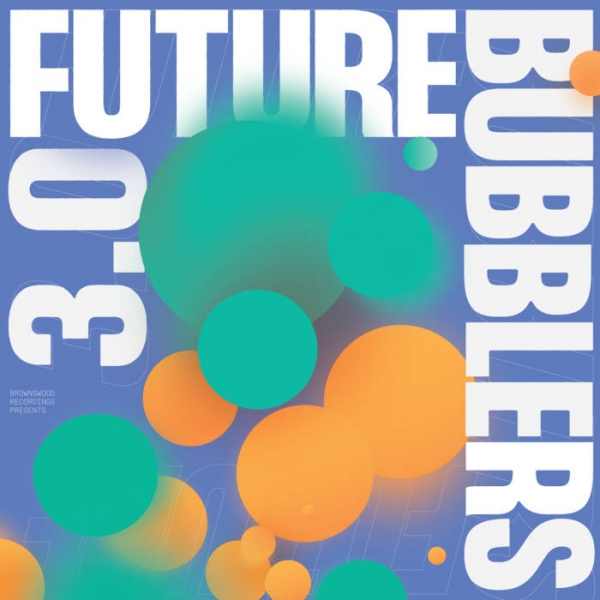 Gilles Peterson’s name stamped on a press release has become something of a seal of approval, a sign of something truly exciting.

Through his BBC Radio 6 Music show and Worldwide FM, Peterson has become synonymous with the cutting-edge. His label, Brownswood, has been shining a light on the unknown, bringing exciting worlds like London’s electrifying jazz scene to the forefront.

And now, through Future Bubblers, he’s helping to give aspiring artists a practical leg up. Running since 2014, the Future Bubblers programme features artists paired with music industry mentors to help develop and hone their talents. It’s already released Skinny Pelembe and Yazmin Lacey upon the world and, with Future Bubblers 3.0, he brings a whole new crop of talent from across the UK.

As with the previous compilations, Future Bubblers 3.0 feels like a work in progress; an end of year exam that’s meant to condense everything you’ve learned over a term into just one essay. Not getting to see the full story can be a little frustrating, especially if you can feel there’s talent there but it’s just not quite coming through in the track chosen.

But it’s also a platform that lets you hear some truly incredible talent. Names that may spur you on to want to shout from the rooftops. Aliyah Esprit is one such name, epitomising everything that Brownswood does so well. “Mind Control” has the feel of old-school R&B but with a foot in the future. Shunaji’s “Nighthawks” too is an entirely unpredictable treat, with sweeping violins, a sharp flow and a subtly jazzy bass.

Sydney’s “Zither Rhythm” feels like an attempt to take Bonobo’s dabble in world music and keep it as close to authentic as possible. The zither isn’t just a part of the track, a nice little curio, it’s the focal point. Meanwhile Kayla Painter’s “All the Glimmering” and Wilroy’s “4F3D63 Hex” make for blissful openings to the compilation; worlds you can’t wait to dive into and unwind in.

Where We Out Here, Brownswood’s definitive look at the London jazz scene, arrived fully formed, Future Bubblers 3.0 can sometimes feel like a university art show. It’s an insight into what is to come, not what is. These artists are not quite there yet (though some are definitely closer than others), but it provides an intriguing look at those honing their craft under fantastic tutelage. If this is any indication, the future is most certainly bright.