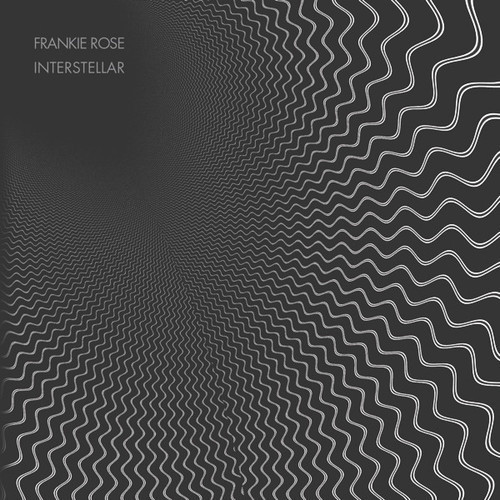 Frankie Rose has an illustrious if somewhat erratic history. Not content with helping to establish neo-punks Crystal Stilts, the Wipers-loving Vivian Girls and the lo-fi driven poppers Dum Dum Girls as much-lauded, critically applauded modern garage rock bands of genuine worth she’s now moved on from the backing band of her guitar-oriented solo debut (made with The Outs) and flown the fuzzy riff coop to take wing in the world of synth and dream pop only hinted at in the projects of her previous associations.

Interstellar is the most musically accomplished and complex record Rose has been involved in, but instead of falling foul of technology and becoming mired in, or overly enamoured with, the possibilities of electronica she’s utilised the most striking elements of the genre and used them as foundations on which are built typically engaging and sometimes heartstring-yanking tunes.

The sound of Blade Runner or at least that early ’80s Vangelis/Tangerine Dream soundtrack vibe rears up proudly on ‘Daylight Sky’, an ultimately jangling, Cocteau Twins-referencing moment, as well as on opener ‘Interstellar’ which could be a pull from a Daft Punk record until it crashes through into a surprising second movement, building to a synth-driven chorus/crescendo.

‘Know Me’ kicks off like Bowie’s ‘Modern Love’ as reimagined by Cranes then offers up a perfectly melodious, shamelessly addictive “Know me, don’t know me/I hear what they said” refrain as a Johnny Marr guitar strokes away in the back of the room; while other standouts like ‘Gospel/Grace’ and ‘Had We Had It’ nod respectfully and respectively to late Fleetwood Mac via afrobeat and a shoegaze take on Psychedelic Furs.

Does this sound a little secondhand? Well, despite its referential nature the melting pot produces a near unique sonic aesthetic at times – particularly on the quivering, yearning dreamscape of ‘Pair Of Wings’, a song worthy of Mark Linkous perhaps and boasting the most evocative pop lyric writing on the album: “All I want is a pair of wings to fly/Into the blue wide open sky/Show me your scars, I’ll show you mine/Perched above the city on a pair of power lines”. It’s gorgeous, transcendent stuff.

While the more subdued ‘Apples In The Sun’ boasts a Smiths-y fake fade-out-and-back-in (always a treat) it sits uncomfortably alongside straight rockers ‘Moon In My Mind’ (a tribal chugger that never gets where you hope it’ll go) and ‘Night Swim’ – a tune full of attitude but lacking in clarity. ‘The Fall’’s cello/surf guitar/keys landscape avalanche is an ideal wrap-up– a little bit Julee Cruise, only a tiny shred of pop, a whole heap of thick atmospheric immersion that allows you to drift away to the far shore of the album’s close.

This is a grand, richly enjoyable step forward for Rose, equipped not only with an otherworldy voice but also an innate sense of otherworldly sonic twists and turns. Whatever she does next, we’ll surely be waiting, eyes to the sky.