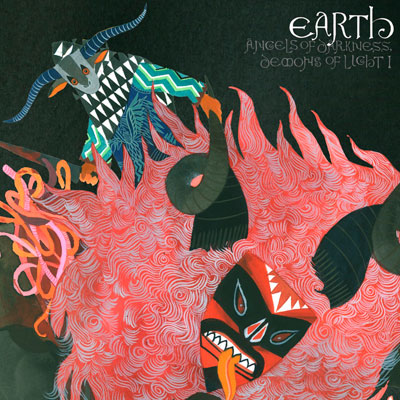 For several years, Earth have hoed a fertile seam in the art-metal margins, specialising in a particularly remorseless brand of slow-evolving heaviness that’s gone on to influence such much-acclaimed noise-mongers as Sunn O))).

2007’s The Bees Made Honey in the Lion’s Skull saw the ever-evolving Seattle collective, centred on guitarist Dylan Carlson, adopt a more lyrical, melodic style, with only occasional echoes of the low frequency-frequenting drones of Earth’s early releases.

This new album continues this development, adding some new elements (the mournful wails of sometime Nirvana collaborator Lori Goldston’s cello) to the richly textured mix, but sticking to its predecessor’s main strength, a masterful grip on glacially moving, graceful melodies, delivered at a funereal pace and a heaviness that could quite possibly level the sturdiest of buildings. This is truly epic music, constructed on sounds so mammoth-esque in their grand scale these five extended cuts take about as long to change direction as a fully armed aircraft carrier. Then again, even that’s virtually speed metal when compared to the near-immobile – think of the pace that continents gradually shift places over thousands of years – tempos of Earth’s early output

It may not be an accident that the title of the stunning, pensive opener ‘Old Black’ appears to reference to Neil Young’s famed vintage Gibson guitar. As with Young, Carlson’s developed a guitar style that’s just as much about the gnarled, uncompromisingly aggressive tone (check out the gigantic, sizzling riff storm of the indescribably intense ‘Hell’s Winter’) as it is about the notes he’s playing. Equally similar to Young, Carlson is capable of great beauty achieved with the most economic means: when the solo finally kicks in on ‘Father Midnight’, it’s like encountering an aural equivalent of molten lava moving in slow motion, or scorching desert wind ripping through a barren terrain. Increasingly, Earth’s capable of startling lyricism: when ‘Old Black’ moves into the minor key-based lament of its second wind, the tune becomes charged with a desolate beauty, fit to soundtrack some almighty observing a wrecked world it’s just wiped clean of all living beings in order to start all over again.

Jazz metal, high voltage ambient, decelerated hard rock – whatever you call this stuff, it’s undoubtedly serious music, shot through with an ever-present portent of impending doom. For its sheer, hypnosis-inducing intensity alone, Angels of Darkness, Demons of Light 1 ranks as one of the most compelling releases of 2011 so far.