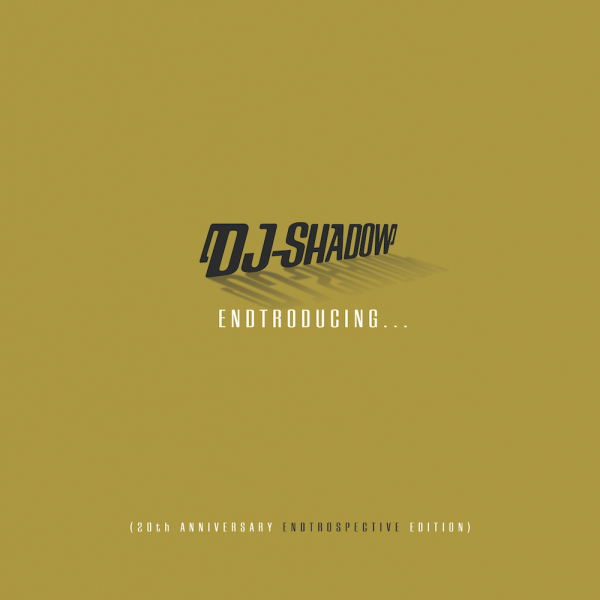 Having just celebrated its 20th birthday, Island Records are throwing an extravagant party for DJ Shadow’s classic debut Endtroducing….They’ll probably be saving the balloons and cake for their own champagne-on-ice payday frolics, but we’re still treated to a ‘special deluxe’ Endtrospective Edition featuring the original album alongside demos, alternate takes and live versions, as well as remixes by the likes of Hudson Mohawke and Clams Casino.

Obviously, major labels aren’t reissuing classic LPs solely to preserve their legacy and introduce the music to new generation of fans. All this repackaging – double packed with a photograph and an extra track (and a tacky badge?) – simply serves as a way of cashing in on someone else’s genius. While a lot of the records that tend get this treatment do feel like unnecessary label cash-ins (no one really needs a reminder that Oasis’ Be Here Now still exists, for example), some really do just deserve the occasional glamourous gesture of appreciation and re-recognition. Works as groundbreaking as Endtroducing... are just too important to fade into obscurity.

The only problem with a reissuing an LP as extravagant and excessive as Endtrospective Edition is that, at an overall combined time of 2 hours and 42 minutes, it can sure get isolating for the casual listener. The full package here – including the live tracks, demos and remixes – is exclusively designed for purists, which seems paradoxical. Wouldn’t any diehard already own a copy, meaning that they really wouldn’t need to invest in another?

Having said that, if you’ve got the time (and the money), then the Endtrospective Edition is most definitely worth a listen at very least. It’s an interesting insight into the creation and subsequent influence of one of the best albums of the last two decades. Of course, the expanded edition does feel over-the-top - as expanded editions usually do - but, hey, what better way is there to celebrate a 20th birthday than by having it a little too large?

Ultimately, the substantial collection of ephemeral presented here only really highlights one thing: just how good the original album is. It’s an album similar to J Dilla’s Donuts in the sense that it’s a classic hip-hop record that doesn’t have any rappers on it. Dilla’s early production work for Slum Village seems to be unfairly underrated because listeners are too invested in the raps rather than focusing on the beats, and this is what puts the likes of Donuts and Endtroducing... into a league of their own - their sample-led beats are so intelligent and insanely listenable that they themselves become the main attraction. There's absolutely no need for a mid-level rapper to spit obscenities on top of them.

Endtroducing... is a part of a unique breed of albums that don’t need any additional work, and this is why the demos and remixes – while enjoyable as a whole – are largely redundant. This leaves Endtrospective Edition feeling more like a corporate con and an unessential expansion of an already essential album rather than the celebration of a landmark moment. Still, if nothing else, this expanded edition perfectly encapsulates how, even after 20 years, Endtroducing... still speaks for itself.