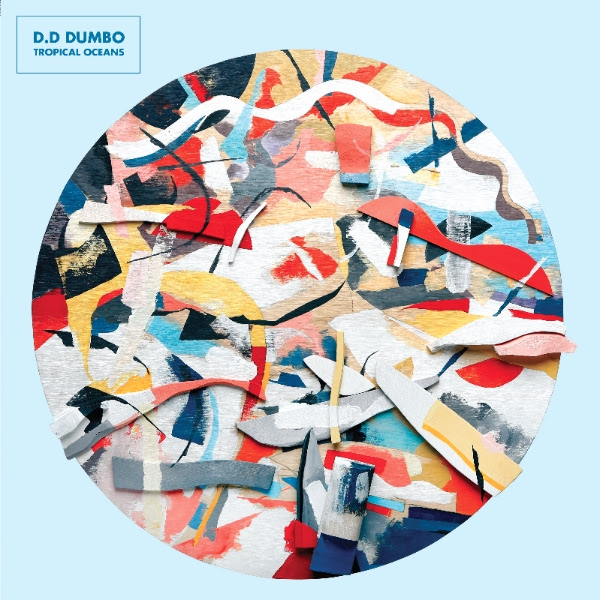 ​As BBC 4 tells us on a weekly basis, the Blues underpins everything (it also would like to remind you that Tony Iommi’s factory accident led to the birth of Metal, in case you forgot). The manifestation of this music from the Deep South of America is still evident in popular culture, unfortunately it’s often far too tempting for modern players to fall into the Joe Bonamassa, fret board burning, axe man guise. So, the relatively shrouded figure of D.D Dumbo, pedalling what some have called “experimental blues loop rock” gave me some cause for optmistic intrigue.

Little is known about Aussie-born Dumbo, real name Oliver Hugh Perry, but what we can safely assume is that he’s had some exposure to North African, perhaps Moroccan Gnawa sounds. This of course is nothing new, Plant & Page famously indulged themselves in African music - Robert and his Sensational Space Shifters continue to draw influence with great success.

Tropical Oceans, though a mere four tracks, plays on a pleasing juxtaposition between messy, reverberated aesthetics married with intricate and impressive instrumental motifs. The rhythmical lead guitar lines are a prominent part of this EP, harnessing that pronounced, top end sheen like only a 12-string Danelectro can yield. Opener "Tropical Oceans" epitomizes D.D Dumbo’s signature clunkey, DIY foundations, over which melodic riffs are laid and harmonies built.

"Alihukwe" hints again at the world music influences; things are altogether more abrasive here, both in terms of the jagged, almost steel drum-like sounding guitars and the arrangement, which thanks to his looper pedal, evokes an organic version of chaos usually reserved for something like a Battles record. He sings “just me and the insects now”, it’s no confirmation, but it does add some fuel to the rumours suggesting he’s a lonely nomad, carrying only the tools of his trade.

Amidst all the internationally flavoured blues is a surprising cover of Roy Orbison’s tender classic "Crying". In keeping with the spirit of this EP it’s a more unrefined version that plods along to the sound of bolshie and squashy percussion. Vocally it ain't no cop out; it may lack the climax and ensuing sense of relief that one feels when Orbo belts out that last line, but there’s certainly enough vocal acrobatics to mark it as one of the very best Orbison covers - quite a feat considering even fellow Wilbury Jeff Lynne couldn’t hold a candle to the world’s most famous blind-looking-person. Dumbo’s take holds great poise and drama; it doesn’t share the lavish Phil Spector stylings of the original, but it is no less evocative or romantic without.

Perry exhibits a surprisingly wide range of textures on this release, showcasing his touch with glistening and subtle chords on "I Woke up Covered In Sand" – developing into a clean Bombay Bicycle Club-esque pop powered, but less tropical riff, ironically.

This is as good as it gets when it comes to an EP for me; an appetizer laden with so much flavour and promise, whether or not D.D Dumbo can pull of an albums worth of material with similar diversity is going to be the question - given what we’ve heard here, I don’t doubt the abilities of this unassuming looking, one-man box of exotic tricks.