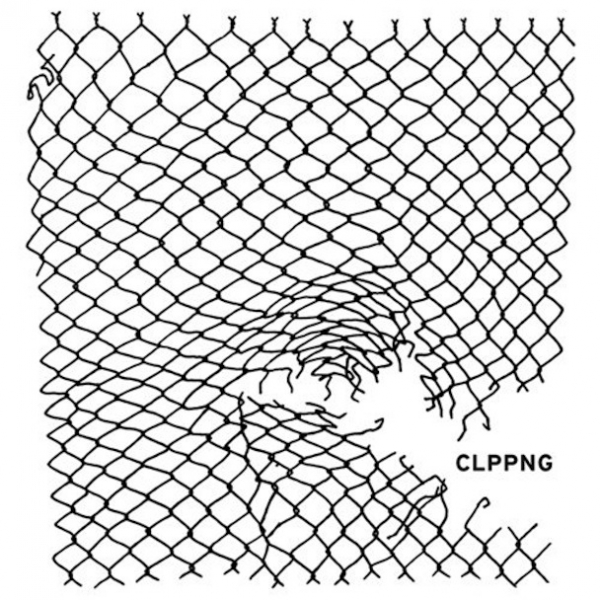 Death Grips were mentioned in the same breath as L.A.‘s clipping. so often around the time of the latter’s 2013 debut Midcity, you’d be forgiven thinking they were two sides of the same coin. True, both – as well as Ratking, another frequent comparison – employed severe production, pseudo-psychopath flows and lagoons of spit, reeling off hoarse complaints and injecting gravel, shards of broken glass and abrasive experiments into their industrial/punk hip-hop noises. It’s not for the faint of heart, that’s for certain. Regardless of how apt the parallels were, clipping.‘s first LP was a leviathan effort, and for all their avant-garde posturing and rugged alienation, they became the word on everyone’s lips.​

Now, for their second full-length, Daveed Diggs, William Hutson and Jonathan Snipes have gone for a different route. It’s not a complete u-turn, but if you balked at the earsplitting, acrid chaos that the trio trebucheted at your senses, their Sub Pop debut might be more up your alley. Don’t expect a departure from the overbearing in-your-facedness of it all, and tracks like “Williams Mix” and “Dream” are still miles away from traditional hip-hop, but there are moments that see them sand down the edges and begin to lower their defences. It’s a darn sight more accessible, that’s for sure. Their experiments aren’t mere chest-pumping, gladiatorial circling and tests of endurance; instead of becoming rap pariahs with topsy-turvy beats and art-school interpretations, they’re involving themselves in the traditional, helping push the frontier of a bustling genre.

“Get Up”, featuring Mariel Jacoda, is a prime example of this new route. Using an alarm clock as the only instrument, it might start a bit standoffish, but Diggs’ impeccable flow excels amidst the barebones production. When Jacoda’s illustrious R&B vox slink into the fray, and the alarm beep is transposed into a genuine synth force, you can hear clipping. dip a nervous toe into pop. It’s brief, but exciting. “Tonight”, which seems – (it’s hard to tell how serious they’re being) – like a pretty sardonic send-up of bangin’ club-hop á la Pitbull. It’s grandiose and gloriously auto-tuned gold; it’s also weirdly akin to Lonely Island.

Lead single “Work Work” follows the same path. Reading the preamble, you’d expect the track to be the aural equivalent of a Marina Abramović performance: “the beat was made by rolling a ball-bearing in a metal Thermos, smashing cinder blocks, and crumpling a beer can.” It’s more Lizzo than anything else, and there’s a beefy Southern rap chilled-out vibe penetrating the meticulous beat (which actually sounds pretty tropical). Hell, you could dance to this.

“Story 2” plays with rhythm like math-rockers. It flits between waltz and staccato gunfire, between jig and Dillinger Escape Plan. Diggs’ ability to continue, apparently without breathing, while bounding between beats is incredibly impressive. One thing to take away from CLPPNG, even if you can’t stand what the three-piece are making, is that Daveed Diggs’ is an incredibly underrated lyricist and flowsmith.

There’s been a deluge of exhilarating, blood-pumpingly galvanising hip-hop lately: from those graduating OFWGKTA’s antics, to TDE’s perfect roster and Childish Gambino’s surreal spiel. None bend and twist the form more than clipping., who just manage to walk the tightrope between radio-friendly (well, 6 Music, perhaps) and aloof mad hip-hoptometrists. They’re not ceasing their distinct punk-rap, but they’re offering a new portion of the spectrum. If you found it had to stomach their previous material, CLPPNG will provide you a rope, from which you can drag yourself into their miscreant lair. Fair warning: they may not let you leave.