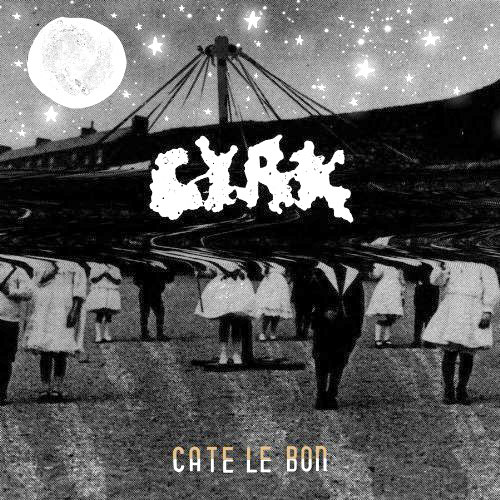 As generalisations go it’s a bold one, but one with merit. At the time Sterophonics and Catatonia were clogging up the indie discos, the Manics, understandably, had lost their bite, and Feeder wanted to be Bush. Even Gorky’s Zygotic Mynci were only really liked by blokes who otherwise exclusively listened to Teenage Fanclub B-sides. Indeed, as Teen Anthems went on to say: “Apart from Helen Love they’re a load of shite”.

As any swagger lad will struggle to articulate, place and regionalism are important to music scenes, be it plodding lager rock from Manchester, or East London for shit trustafarian electro. So as ’90s Welsh music’s exposure grew, it was inevitably constrained by what was expected of a “Welsh band”. But place is merely imaginary. The key is to transcend a scene and absorb international influences, just as Cate Le Bon has achieved with her musical NATO, CYRK.

If you heard CYRK without knowing Le Bon, or how she’s been chaperoned by Gruff Rhys and Richard James into the hearts of indiepop fans, you would be fooled about its origins. Le Bon’s second album is an alliance between New York lofts, Parisian parks and German forests which juxtaposes the grace of a silent movie star with the intimacy of a fairy tale. Her Nico croon frames a pulp-noir mystery with a distinctly European elegance giving a traditional yet sophisticated aura to her airy twee-prog. It’s not the Valleys.

Lyrics such as “Her playgrounds, her courtyards, are out of this world” exemplify this internationalism, on the lush humility of ‘Greta’, yet her “You can realign light but you can’t tame the girl” gives her a grounding from which her allure can thrive. ‘Ploughing Out’, a song in two parts, illustrates this by addressing “fields” and “seasons” in the first section, while clinically flowing with a space age psychedelia in the second. It’s as though Le Bon likes to sound aloof and detached yet her rootsy idiosyncrasies refuse to be suppressed.

There’s a shift here from previous album Me Oh My’s pastoral subtlety which suggests an affinity with experi-pop visionaries, as though she’s been hanging out with Eleanor Friedberger in a peeling-walled café which plays nothing but Broadcast and John Cale. The simplicity of ‘Puts Me To Work’ would normally produce a jaunty lo-fi number, yet Le Bon manages to caress it with gentle honky-tonk, and the title track morphs into an unexpected acid wig-out. There’s so much happening between CYRK’s analogue nihilism that each song spirals in to a new wonderland.

CYRK’s achievement is avoiding to be too avant-garde: ‘Fold The Cloth’ and album opener ‘Falcon Eyed’ are pretty much perfect pop songs – albeit ones from Laetitia Sadier’s mind – which ooze style and dark intrigue. They epitomise this record as it teases with its gentleness yet leaves you opiated like a dream where the meaning in forgotten but the impact remains, or a nursery rhyme’s sinister undertone.

“Now is not a good time to leave me on my own” Le Bon decrees on the title track, and she’s right. CYRK is the kind of album which needs to be cherished and held close to the heart so Le Bon can reveal its delights to everyone. It’s a universal record of beautiful truths which has nothing to do with place or influence, it’s existential and inspiring, and it certainly doesn’t suck.