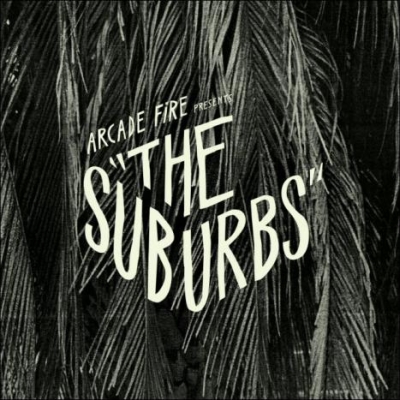 Arcade Fire albums are bottomless pits lined with music diamonds. With every listen, your ears isolate fragments of the soundstorm you’d not noticed before, emphasising the sheer intricacy of each song. Their goosebump-raising debut Funeral and blistering, dark follow-up Neon Bible have set the bar of expectation incredibly high. Can one band really make three iconic albums? Oh, ye of little faith; this is Arcade Fire! Unsurprisingly, we have been blessed with yet another masterpiece.

It is seriously hard to do this album justice, particularly without writing a thesis. On the whole, The Suburbs is slightly less oppressive than Neon Bible, turning to a state of reflection on childhood accompanied by a hugely varied array of styles and influences.

There is a breezy lightness to opener ‘The Suburbs’. Old honky-tonk-meets-dark-caberet piano and sweet, trickling violins surround the corridor into Butler’s childhood memories. This bittersweet taste of nostalgia continues throughout the album. Childlike playground chanting in violin-concerto-come-space-age ‘Rococo’ and talk of “old friends” in futuristic track ‘Suburban War’ recall times past, both happy and sad.

The dousing of melancholy, though omnipresent, refrains from being depressing through the use of a massive variety of sounds and instruments, from occasional Tom Petty-inspired guitars to pulse-raising Joy Division vibes. Regine Chassagne’s delicate whispers act as Butler’s upper-octave shadow in ‘Ready To Start’. Her chalky vocals excel in an ABBA-esque melody in ‘Empty Room’, cushioning against the serrated Krautrock guitars. ‘Half Light I’ is The Suburbs’ In The Backseat, where her solo performance, teamed with finger-slitting-fast violin snarls, builds a haunting atmosphere like one inside an old church. Like in the other diptych, ‘Sprawl I’/ ‘Sprawl II’, ‘Half Light I’/ ‘Half Light II’ plummets into a vat of sorrow before erupting into a sea of positivity with scaling late ‘70s/ early ‘80s synths and Blondie disco-punk. The album fades out with a reprise of ‘The Suburbs (continued)’; buzzing violins instigate the winding down from the journey before a dusky end, leaving you refreshed at the same time as wanting more.

Wonder-workers Arcade Fire are one of the only bands around that can craft magical tracks that can both stand alone and form part of the scenescape of a whole album. They sound like they truly care about what they release, putting effort and love into writing interweaving lines that add texture without overcrowding. The message is simple: Arcade Fire has done it again. Get The Suburbs. Turn down the lights. Play it loud. Be blown away.