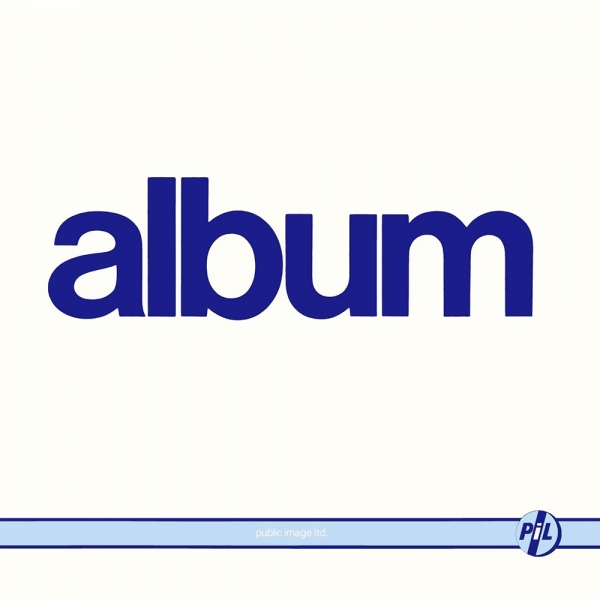 Bassist Jah Wobble had left before Album was released, followed by guitarist Keith Levene several years later - seemingly after daring to cross Lydon over the musical direction of PiL.

So with no band to speak, although 1986’s Album was obviously a decent effort, it was clear at the time that it wouldn’t leave its oily mark on the musical landscape as they had done with their earlier material. Produced by Bill Laswell, the musicians were left anonymous at the time but included luminaries such as  Steve Vai and Ryuichi Sakamoto. Plus, with ex-Cream drummer Ginger Baker in the fold, Lydon was collaborating with someone porentially even more difficult than himself.

Whereas Metal Box still sounds timeless, kept alive by the bands it birthed, the sparkly production of Album and the squealing 80’s guitar riffs are very much a sound of their time, and without Lydon’s primal scream it would be difficult to differentiate this incarnation of Public Image Ltd. from the majority of other alt-rock acts of the era. It does however contain one surprise top 20 hit, the still essential “Rise” (including the greatest lyrical couplet ever: “Anger is an energy!”), which stands as one of Lydon's very best moments.

Each of PiL's recet reissues comes as a four CD set with various 12” versions, instrumentals, unreleased tracks and live recordings tacked on. Though Metal Box is the more essential record, the most interesting of all the new additional discs is the live set on the Album box. Taken from a gig in ‘86 at London's Brixton Academy, it has Lydon in deliciously prickly form. After being spat at repeatedly by members of the audience (almost a decade after it was oddly deemed to be acceptable), it shows Lydon deciding to kick against these pricks. The in between chiding (definitely not banter) is Lydon at his brilliant and uncompromising best - “I I expected better London, you arsehole, this is the last time I play London, you are a product of the Daily Mirror. DIE, BASTARDS!", he yells, proving that despite Album's fresh sound, he was still rotten after all.